The Journey of Futsal Dhaka 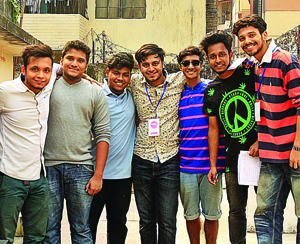 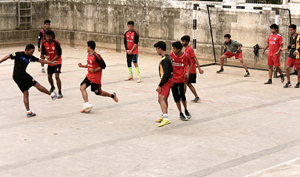 The journey of Futsal Dhaka started with a dream of creating a well organized environment for football in our country.  They watched matches on television together and thought of making things better for their own country. A friendly futsal tournament at a local playground was their first time organizing an event. After that, they continued to organize tournaments on a regular basis and they figured they were very good at doing this.
According to the organization there are a lot of active players out there but there is no proper place for them to come together and showcase their talent. We have seen in our experience of three years that there are a lot of organizational gaps in other tournaments. We try to keep these in mind and do something better every time. The tournaments which we launch are well planned and organized. Some of the underground football players are very talented but at the end of the day there is no one watching tehse amazing players.
But that is soon going to come to an end. futsal Dhaka is organizing a tournament on the 11th of March this year called ‘Football Fever 2016’. This tournament is going to take place in Sheikh
Jamal Dhanmondi Club Limited.
This year Football Fever will have 16 different teams participating in it.
When asked about the organization and the upcoming event, the Founder & Creative director of Futsal Dhaka said “A lot of people have no what futsal really is,
they don’t know about hard pitch foot­­­­ball. It is the same game just in different grounds.  To be honest Dhaka is losing is its playgrounds every year and concrete grounds are increasing. This is the reason we focus more on futsal but even then we try working equally to organize both futsal and football tournaments.  We are really excited to be organizing Football Fever this year and we are hoping there will be a lot of exposure for the players. We also plan on organizing free style tournaments in the near future. ”
Their primary goal is to promote Football among the locals. According to the organizers Bangladesh is a blessed nation with a massive talent. Futsal Dhaka provides a promising platform and considers it as their duty to hunt for such talents and bring them into the spot light. They also plan to organize tournaments outside Dhaka very soon
We are working hard in promoting this variant of football in Dhaka and believe that such events will not only give players a chance to display their skills but also an opportunity where they can test their nerves. With time, it has matured into a large event corporation that organizes sports tournaments.