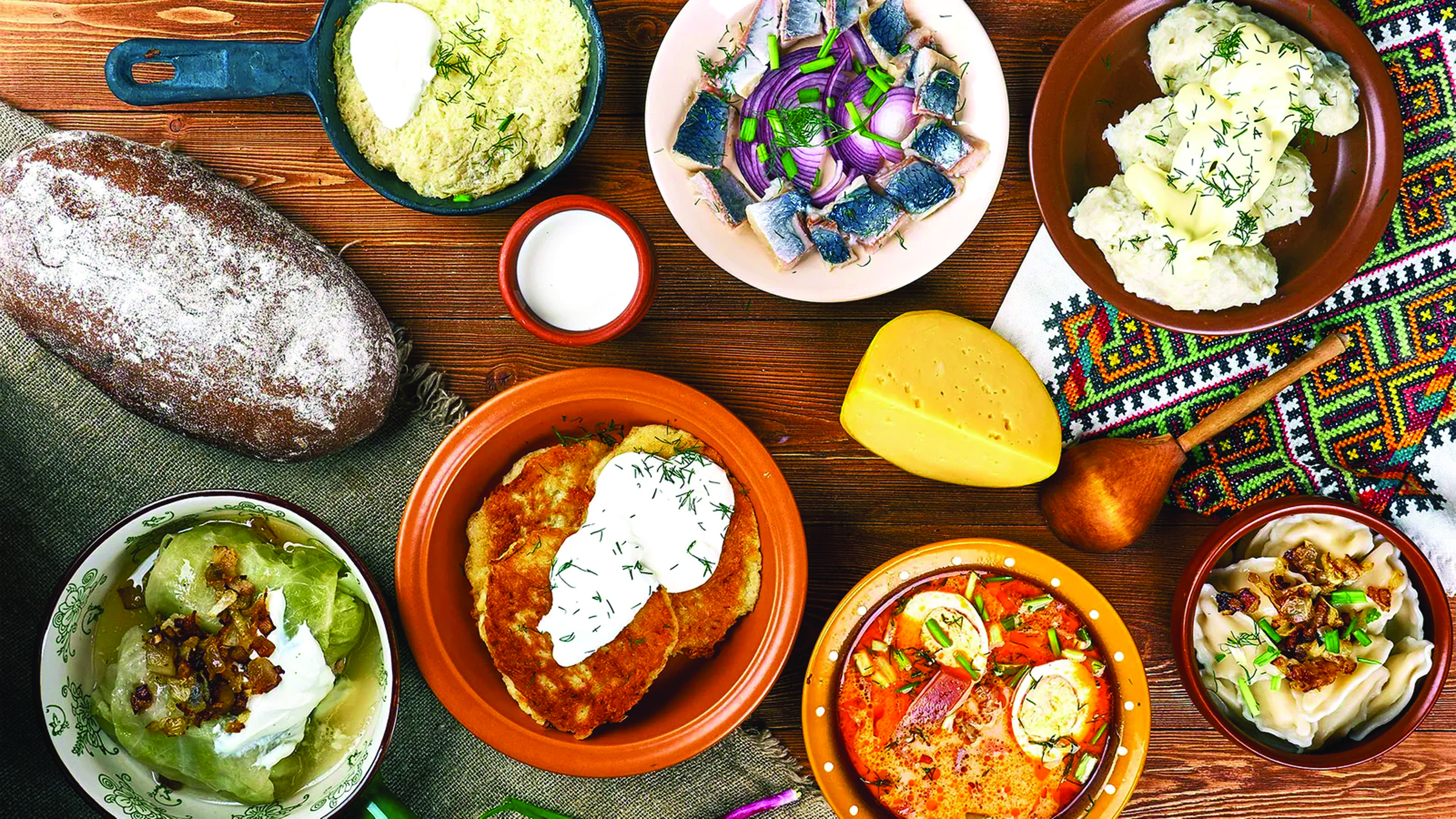 Joe Baur/ BBC: Imagine long strands of dill swimming in a cold, beetroot soup; soul-restoring potato dumplings with your choice of cottage cheese or meat on a freezing winter’s day; fried black bread with garlic you vigorously rub onto the bread yourself. These are some of the staples of Lithuanian cuisine; hearty meat-and-potatoes fare to fill you up for the labour of the day.
They’re all delicious, comforting and satisfying, but that’s only scratching the surface of Lithuanian cooking. Tourists are forgiven for their ignorance since the tiny Baltic nation has yet, for better or worse, to tickle the imagination of travel and food media at large.
The tragedy of it all is: Lithuanians themselves can be just as unaware when it comes to their own culinary heritage. But there are a number of chefs committed to remembering their historical national dishes and serving it up so that future generations can continue the long process of reclaiming their cuisine.
The fact that many Lithuanians are unfamiliar with the roots of their own cuisine was not by accident. Lithuania was occupied by the Soviet Union from 1940-1990.
“It is very important to bear in mind that during the Soviet occupation, Lithuanians for nearly 50 years did not have access to their own history,” explained Nida Degutiene, author of the book A Taste of Israel: From classic Litvak to modern Israeli. (Litvak refers to Jews with roots in historical Lithuania.) “Our history was rewritten by Russians. Any religion – Catholic, Jewish – was forbidden.”
Degutiene explained that baptisms, church marriages and celebrating Shabbat were all forbidden during the Soviet era. “People were hiding their identities,” she said. “We knew nearly nothing about the roots of our cuisine.”
Chef Rita Keršulytė-Ryčkova of Lokys in Vilnius puts it even more succinctly: “The internal policy of the Soviet Union, especially in the Baltic region, was to erase our identity and make us Soviet, not Lithuanian.”
This meant spending more time on Russian language lessons than Lithuanian and ridding society of its intellectuals – applying the same approach to Lithuanian literature, culture, religion and gastronomy.
“There was a one-cuisine approach for our entire region without variation,” Keršulytė-Ryčkova said. “There was a list of dishes that were made in all restaurants and cafes, and you could not do anything out of the list.”
Keršulytė-Ryčkova said that a typical Soviet menu might include Chicken Kyiv (chicken fillet pounded, rolled in butter and coated with egg and breadcrumbs); shashlik (meat skewers); meatballs made from pork; goulash; and borscht.
Two or three generations of gastronomic knowledge were lost by the time Lithuania gained independence from the Soviet Union on 11 March 1990. Lithuanians had mistakenly conflated their historical cuisine with Soviet cuisine, and the knowledge of how to make traditional Lithuanian dishes was lost. But chefs like Keršulytė-Ryčkova are resurrecting it, creating menus that tell a national story many Lithuanians themselves aren’t familiar with. But where does this story begin?
In Lithuania, there’s a community of Romuva who continue to practice their ancient traditions. They’re some of the first who can recognise the ancient roots behind how many Lithuanians eat and drink today.
Ugnius Liogė, who organizes the community’s annual Mėnuo Juodaragis festival, met me with Ignas Šatkauskas, a Romuva priest, at the snow-covered stone altar of Ragutis, the beer god of Lithuania’s ancient faith. The medium-sized boulder sits behind an encased “eternal flame” next to the Russian Orthodox Church of St. Paraskeva in Vilnius’s well-preserved Old Town neighbourhood where it’s believed the original altar once stood.
Both Liogė and Šatkauskas discussed the violent period of Christianisation that occurred in the 14th Century, considered to be the most turbulent in Europe. For many Lithuanian history buffs, this bit of historical trivia is seen as a kind of humble brag that Lithuania held onto their native traditions longer than others in Europe. (Armenia was the first nation in the world to adopt Christianity in 301 CE followed by various European kingdoms between the 4th and 12th Centuries.)
Ultimately, however, Christianity became the dominant faith, but eating and drinking habits borne from this ancient tradition have remained, even if many Lithuanians don’t know it.
Kūčios, for example, is the traditional Christmas Eve (or Winter Solstice) dinner with some roots in ancient Romuva practice that Christians adapted to celebrate the birth of Christ. Although this practice was officially forbidden during the Soviet occupation, Catholic families continued to observe the tradition in secret.
Lithuanian historian Andželika Laužikienė explained some of the specific rules and traditions tied to Kūčios. For example, there are 12 dishes that represent the 12 apostles. These contain no meat, milk products or eggs because it’s a strict fasting period. “One has to taste at least a piece of every dish,” she said, “for prosperity in the next year.”
Laužikienė added that Lithuanians draw straws of hay from underneath a piece of cloth to see if they’re going to live long – a tradition with strong roots in the Romuva faith.
Then there’s raguolis, a traditional Lithuanian tree cake served on special occasions, particularly Christian holidays, like Christmas Eve and Easter. It’s a large cake with hollow rings that look like horns. “Ragai” means “horns” in Lithuanian, and it harks back to the ancient God, Ragutis.
These are just a handful of the ancient Romuva traditions that live on. You’d never know where they came from by observing with the naked eye given the way they’re constantly recycling and taking new forms. Nevertheless, they remain.
None of this is to say that all of Lithuania’s culinary heritage stems from ancient or medieval times. There were centuries between the Christianisation of the country and Soviet occupation. And with that period of relative freedom, there’s plenty for contemporary chefs to rediscover.