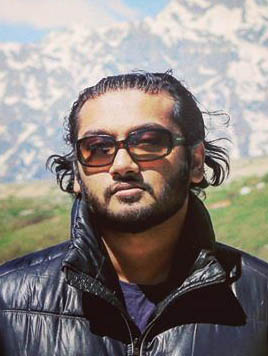 Ashik Kabir
[email protected]
The changing landscape of national interests and global politics always leads to changes in a country’s foreign policy. Pakistan is not an exception here. For achieving its own interests, there are no permanent enemies for Pakistan as it is true for the other sovereign nations of the world. Pakistan’s relationship with its neighbors has always been a matter of great significance. For maintaining peace with the neighboring countries, Pakistan is focusing on its long-term interests.
Since the Peshawar attack in 2014, Pakistani leaders have been trying to improve the bilateral relationship with its neighbors. The Army has already started attacking militant groups in different parts of the country. However, Pakistan’s policy related to Afghanistan still has its roots in cold war politics. Its India- centric foreign policy has also been criticized world-wide. Pakistan has always had a tough time with its neighbors, with the exception of China.
Some Pakistani scholars believe that Pakistan made two mistakes in its foreign policy. The first was to encourage the militants in Kashmir and supporting them with resources for armed struggle in 1990’s. The second one is considered to be the time when General Musharraf decided to resurrect the Afghanistani Talibans in 2003. This encouraged local militants to plan the overthrowing of the Pakistani state. The neighbors of Pakistan accused it of training militants to their respective states.
After the 9/11 attack, the International community became focused on ending the Taliban led insurgency in Afghanistan and that left Pakistan regionally and internationally abandoned. While Pakistan has failed to have constructive relations with Afghanistan despite having similar cultural, religious and traditional heritage, it was India that made huge economical assessment in Afghanistan.
When Pakistan declared last year in december that it will oppose any regime who tries to overthrow the Syrian President Assad’s regime, the international community was stunned. This decision of Pakistan has already had a negative impact in the Saudi Arab and Pakistan’s relation. Saudi Arab is now having a very warm relationship with Pakistan’s arch-rival India.
India, Iran and Afghanistan have recently signed an agreement to develop the strategic port of Chabahar in Iran and agreed to build a three nation trade corridor. This will help strengthen regional connectivity and accentuate economic growth. To counter the pact, Pakistan enforce restrictive measure in the Torkham border with Pakistan. Many assume that the measure was a political counter rather than to counter militants. By this time, Pakistan’s feud with India affected the western border negatively. For all the restrictions in the border areas, Pakistan is getting deprived from a huge sum of revenues. Pakistan is also losing its grip in Afghanistan.
Modi has visited Afghanistan after he became Prime Minister. On his first visit, Modi inaugurated the Afghan parliament house that was built with Indian support. The second visit was regarding Salma Dam, one of the biggest hydroelectric power projects, which was also funded by India. On the other hand, Pakistan being accused of supporting militant groups in Afghanistan, has been observing a strain in its relations with Afghanistan. Pakistan is trying hard to improve the relations with Afghanistan.
Pakistan still continues to utilize Jihad as an element of its foreign policy with respect to India and Afghanistan. Its foreign policy with USA is still aiming to achieve military support and economic assistance.
Its relations with China are warm. Through the China- Pakistan Economic corridor (CPEC), the two countries are becoming closer. China has been Pakistan’s true friend since the last four decades. She has invested in every sector of Pakistan’s economy.
Pakistan sees China as their last resort and a friend who will always provide investment in Pakistan’s economic growth and nuclear weapons development. China has recently promised to invest $46 billion under CPEC. Through the CPEC, Pakistan can earn some appreciation from its Eastern borders, but at the West , where Afghanistan presents new challenges, this approach will be a failure.