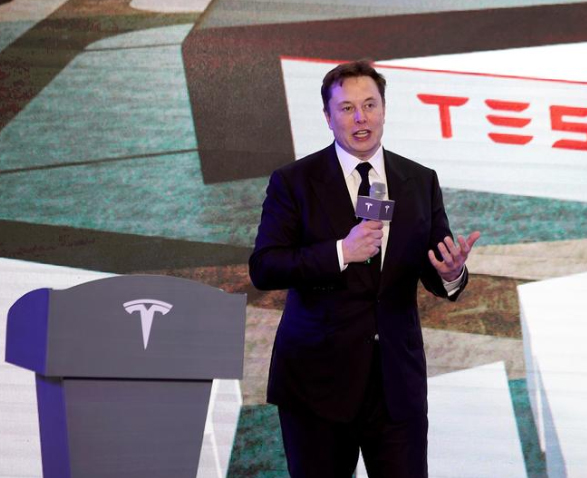 Reuters: [2] Tesla Inc (TSLA.O) sued local authorities in California on Saturday as the electric carmaker pushed to re-open its factory there and Chief Executive Elon Musk threatened to move Tesla’s headquarters and future programs from the state to Texas or Nevada.
[3] Musk has been pushing to re-open Tesla’s Fremont, California, factory after Alameda County’s health department said the carmaker must not reopen because local lockdown measures to curb the spread of the coronavirus remain in effect.
[4] In a blog post on Saturday, Tesla said the county’s position left it no choice but to take legal action to ensure Tesla and its employees can go back to work.
[5] The company said it had worked out a thorough return-to-work plan that includes online video training for personnel, work zone partition areas, temperature screening, requirements to wear protective equipment and rigorous cleaning and disinfecting protocols.
[6] The company said it had informed health authorities in Alameda County, where the Fremont factory is located, about its restart plans, but claimed the acting official did not return calls or emails.
[7] Alameda County’s Public Health Department, which earlier on Saturday said it had been “communicating directly and working closely with the Tesla team,” did not immediately respond to a request for comment.
[8] Tesla filed a lawsuit against the county in San Francisco federal court on Saturday, calling the continued restrictions a “power-grab” by the county since California’s governor had said on Thursday that manufacturers in the state would be allowed to reopen.

The company said Alameda was going against the federal and California constitutions, as well as defying the governor’s order, the lawsuit said.

Alameda County is scheduled to remain shut until the end of May, with only essential businesses allowed to reopen. The county said it does not consider Tesla an essential business. County officials did not immediately respond to a request for comment on the lawsuit.

The outspoken Musk also took to Twitter on Saturday to complain and threatened to leave the state.