Teesta banks erosion: Over 50 houses washed away in 45 days 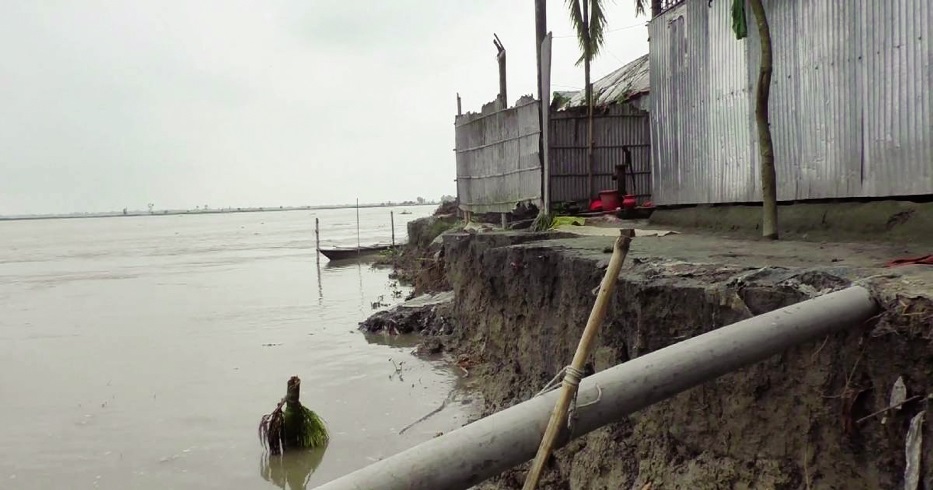 UNB: More than 50 houses have been washed away by the Teesta River in two unions of Rajarhat upazila of Kurigram in the last 45 days.
Heavy rainfall and the onrush of the upstream water triggered the Teesta river banks erosion, rendering many people living on the river banks homeless.
Hundreds of bighas of cropland, trees, ponds, and mosques have also been affected by the river erosion. People of the area have become helpless as the authorities concerned are yet to take any preventive measures to stop river erosion, said locals. Only two kilometers of the 43 kilometers river banks have been protected while the rest area remained unprotected.

As a result, houses, trees, and cropland are washed away every year. Educational institutions, bazars and mosques and temples are under threat of erosion, they said.

Currently, river erosion has taken serious turn in 6 kilometers area in Gharialdanga and Bidyananda unions of the upazila.

The Water Development Board is trying to save the river banks by dumping geo bags in the river as temporary measures.

A total of 17 houses of Bogurapara, Ramhori, Kitabgaon, and Burirhat have been devoured by the Teesta River recently despite the efforts of the Water Development Board.