Tears for Queen Elizabeth II as coffin rests in Scotland 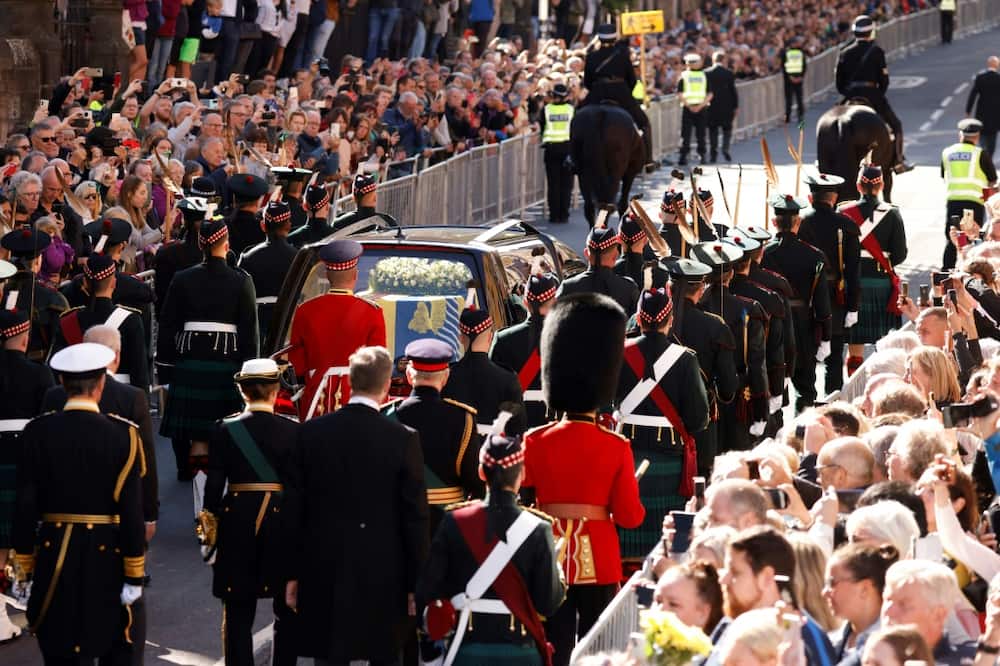 AFP: Mourners in Edinburgh, some in tears, filed past the coffin of Queen Elizabeth II through the night, before new king Charles III travels to Northern Ireland Tuesday and the monarch’s coffin returns to London.
As people paid their respects, four members of the monarch’s Scottish bodyguard, the Royal Company of Archers, stood heads bowed at each corner of the oak casket resting in the 12th century St Giles’ Cathedral.
The king then joined his siblings in a vigil, with the coffin draped in the Royal Standard of Scotland and topped with a wreath including heather from Balmoral, and the ancient Crown of Scotland.
Charles, 73, Anne, the Princess Royal, 72, Andrew, the Duke of York, 62, and Edward, the Duke of Wessex, 58, stood eyes closed for about 10 minutes around the casket.Anne will on Tuesday accompany Elizabeth’s body on the next leg of its journey south from Edinburgh to an airfield near London by Royal Air Force jet.
Crowds of mourners are expected to line the route into the city as the coffin is driven to Buckingham Palace for more than four days’ lying in state ahead of her funeral next Monday.

The king, meanwhile, will make his first trip to Northern Ireland since his accession, followed by Wales on Friday.