Tamim likely to bid to buy Mushfiqur’s bat from auction 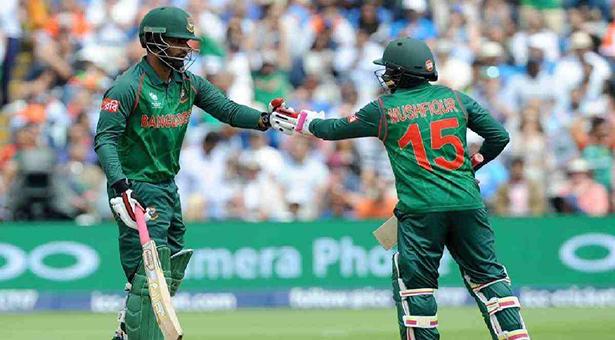 DOT Desk: [2] Bangladesh ODI captain Tamim Iqbal said he might bid to buy the bat what Mushfiqur Rahim announced to put on the auction to raise money to help the poor people who are left stranded due to coronavirus pandemic. Tamim and Musfiqur went on an Instagram Live session yesterday night. They were in a light-hearted mood in the session, and Tamim expressed his desire to buy the bat of Mushfiqur during that Instagram Live. “The bat will go on auction within a few days through an e-commerce website. The preparation is about to complete,” Mushfiqur told during the live session, reports Somoy TV News.

[3] “I would like to the request to all who are capable to buy the bat at a higher price, and this is not for me, but aiming to help the people who are suffering due to the coronavirus pandemic,” Mushfiqur added. Right after this comment, Tamim revealed that he might bid to buy Mushfiqur’s bat. “To be honest, I have decided to bid to buy Mushfqiur’s bat right after he announced to put his bat on the auction,” Tamim told during the live session.

[4] Earlier, as the first Bangladeshi cricketer, Mushfiqur announced to put his bat, what he used to hit Bangladesh’s first-ever double century in Test cricket back in 2013 against Sri Lanka, to put on the auction. After Mushfiqur, Shakib Al Hasan had also announced to put his bat on the auction, and subsequently, his bat was sold out by BDT 20 lakh.