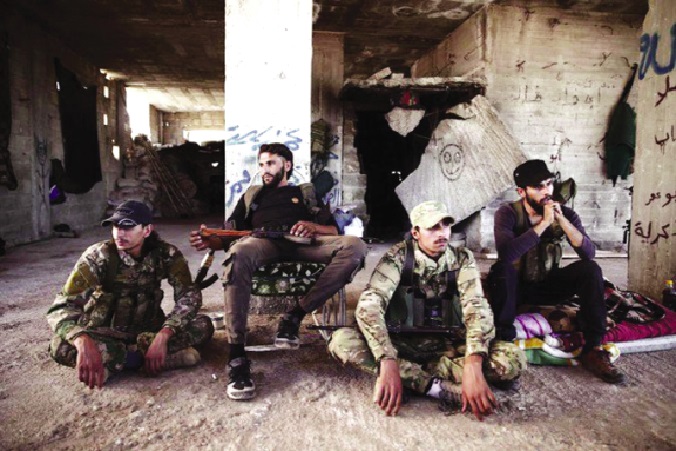 Arab News
The Failaq Al-Sham rebel faction in northwest Syria has denied a report saying it withdrew forces and heavy arms from a demilitarised zone agreed by Turkey and Russia. The Syrian Observatory for Human Rights said on Sunday the group was the first to start pulling out of the buffer zone in the Idlib region.Under the deal between Ankara and President Bashar Assad’s key ally Moscow, the zone will run along the contact line between insurgents and government forces, and will be patrolled by Turkish and Russian forces.
“What was cited of our withdrawal from the demilitarised zone is a lie,” Sheikh Omar Huziefa, a Failaq Al-Sham leader told Reuters on Sunday night.
Another commander in the National Front for Liberation alliance said he visited a front in the Aleppo countryside on Sunday and there was no change in the situation on the ground.
The alliance of Turkey-backed Free Syrian Army rebel factions includes Failaq Al-Sham.
“Nothing has happened on the fronts so far. Most of the heavy weapons are not at the front lines anyway,” Abdul Salam Abdul Razzak said.