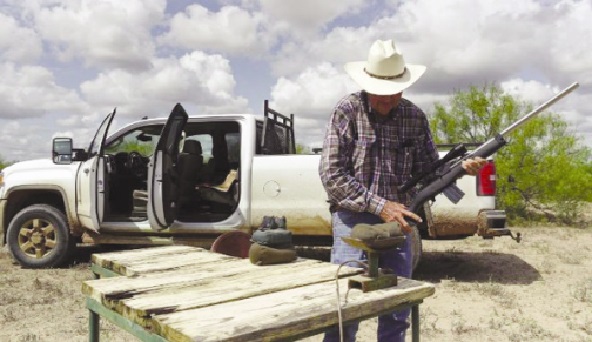 Reuters: Texas cattle rancher Bill Martin is a lifelong Republican who owns more than 20 firearms and has been shooting guns since the age of 6.
He is now considering the once-unthinkable: voting for a Democratic Senate candidate who wants tougher gun laws.
Martin, 72, has a simple explanation for his change of heart: He is sick of the gun violence plaguing America and his gun-loving state, where 26 worshippers died in a church massacre last year.
“Even as conservative as I am, there has to be a middle ground on guns,” said Martin during an interview on his ranch near the city of Carrizo Springs.
Martin’s nuanced view on firearms – he loves them but wants to see tougher restrictions – is one U.S. Senate candidate Beto O’Rourke hopes is gaining traction in Texas.
O’Rourke, a congressman from El Paso and the Democratic challenger to Ted Cruz in November’s Texas Senate race, has made reforming gun laws a central part of his platform, calling for universal background checks and a ban on assault weapons.
In previous elections, a Democrat calling for gun reforms in Texas, which has the country’s highest rate of gun ownership, faced almost certain political suicide. But O’Rourke is presenting a serious challenge to Cruz.
A Reuters/Ipsos/UVA Center for Politics poll released on Wednesday shows O’Rourke having pulled even with Cruz among likely voters. Other recent polling has shown Cruz slightly ahead, and a Quinnipiac University Poll released Tuesday found O’Rourke trailing by 9 percentage points.
For both parties, stakes in the Texas race are high. Democrats need to pick up two seats in the Nov. 6 elections to claim a majority in the Senate, and Republicans want to keep the state, which hasn’t elected a Democrat to statewide office since 1994, in its “safe” column for national elections.
O’Rourke’s competitiveness challenges the long-held assumption that gun regulation is a dangerous issue to embrace in red states like Texas. This year, seven congressional Democratic candidates in the state have also embraced gun reforms, and all of them have been endorsed by the firearms safety group founded by former Congresswoman Gabby Giffords. The organization did not endorse any Texas candidates in 2016.
Gun control is “not a black and white issue,” said Geoffrey Skelley, an independent analyst on Senate races at the University of Virginia Center for Politics, “and I guess for O’Rourke that’s good news, because if it was he’d probably be in a lot of trouble in a state like Texas.”
Cruz, who is seeking a second term in the U.S. Senate, is putting his faith in the traditional playbook, attacking his opponent for his positions on firearms.
At a recent campaign event near Houston, Cruz called O’Rourke’s views on guns “completely out of step with the values of most Texans,” saying O’Rourke advocated “banning some of the most popular firearms in America.”
O’Rourke’s campaign did not respond to interview requests from Reuters.
Support for gun regulation in the United States has ebbed and flowed, but in recent years, polls have found growing support nationally for tougher gun laws. In a poll last October of American adults, Gallup found that 67 percent of respondents favored stricter laws governing gun sales, the highest percentage since 1993.
A Reuters/Ipsos national poll this year found similar support for gun control in Texas, with two-thirds of adults supporting “strong” or “moderate” regulations or restrictions on firearms.
Texas voters remain sharply divided by party on the issue, however, a Quinnipiac University Poll found in May. While 70 percent of Texas Republicans opposed stricter gun laws, the poll found, 79 percent of Democrats supported them.
To win in November, O’Rourke would need massive Democratic turnout, said the University of Virginia’s Skelley, and the gun issue might help him motivate the party’s base.
Ford O’Connell, a Republican strategist and Texas native, is skeptical whether most gun owners will accept O’Rourke’s message.
“I don’t see the issue helping O’Rourke,” O’Connell said. “It may help with his base, but this helps Cruz more.”
His position on guns has definitely helped Cruz with fundraising. This election cycle, he has been the top recipient of donations from gun rights groups, receiving nearly $42,000 from them, according to the nonpartisan Center for Responsive Politics.