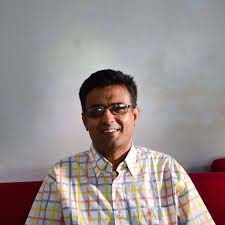 Shafiqul Alam/AFP Bureau Bangladesh
This three-storied mosque at Kalaujan village in rural Chitragong and close to Bandarban Hill district was designed by Sohel Mohammad Shakur, considered as the best Chittagong-based architect. He is a son of the village. He is also constructing a terracotta home at the village.It is Shakur’s second mosque and he did it free. His firm Pronayan has also designed the Nagar Bhaban and a top hospital in Chittagong. He wants to bring new thinking in factory designs as many of the top.Chitragong-based companies are splurging huge amount of money in sleek new manufacturing plants.At the Kakaujan Mosque, Shakur prominently used Jali in geometric pattern — a traditions found in Sufi Dargahs and some mosques in Iran.

The geometric-Jali pattern covers the glasses and it also lessens the impact of harsh summer or noon sunshine. “It allows maximum amount of light but at the same time blunts its effect and keeps the place cool,” he said.
Rising prosperity in some pockets of the country has led to construction of dozens of beautiful mosques. There is a competition among businessmen and rich mosque commmittes to build some of the most audaciously-designed mosques in the country. Talented architects, led by Marina Tabussum and her former husband Kashef Mahboob Chowdhury are the biggest beneficiaries of this contest.