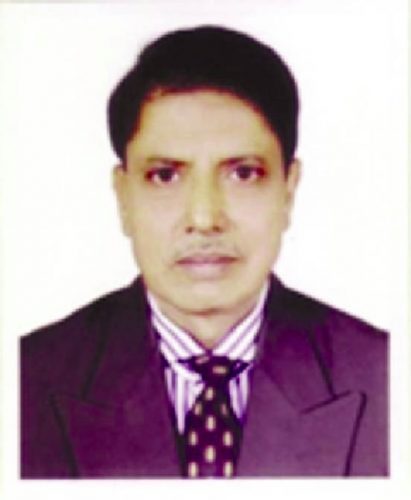 Dr. Forqan Uddin Ahmed, Former Deputy General and Commandant, Ansar VDP Academy:
Writers are members of the society and so they react and respond to the changes and chances that take place in the society. They are molded by the social forces and they in turn mould the society. P.B. Shelley said, “The poets are the unacknowledged legislators of the world”. They stir up emotions and ideas of the readers. They scatter ideas and ideals like ashes and sparks to the dreaming world. Bernard Shaw observed, “I write plays for the deliberate purpose of converting people to my opinions.”
This may seem like propaganda but it is the exaggeration of a vital truth. In all forms of art, there is the unconscious purpose of amplifying the sympathies of man and of making man sensitive and responsive to the good things of life for the melioration of social life. Art or literature that is divorced of life and social purpose is bound to be anemic, thin and of limited appeal.

Horace prescribed Dulce and Utile as the principal purposes of art, and this principle inspired the writings of the neo-classicists. Sidney observed that the poet presents his moral precepts in such a pleasant manner as to draw readers unknown to themselves. Sidney concludes that poetry is the best instrument to teach all worldly learning. Spenser wrote ‘The Faerie Queene’ to fashion a gentleman in virtue and discipline. In the neo-classical writers of the eighteenth century, a moral purpose is evident in their satiric and didactic poetry, exposing the aberrations of the individuals in the society. Romantics are not didactic, but their social and moral obligations are pronounced. Shelley observed that “didacticism is my abhorrence’, but he sounds the trumpet note of prophecy for a better world for mankind. Wordsworth’s nature poetry is built on his mission to bring ‘healing’ touch and ‘soothing’ power to the men and women caught in the benumbing round’. The Victorians are avowedly purposive in their writings. They wrote for rousing the consciousness of the people about the prevailing evils of the society. Dickens and Thackery anatomized the evils of the rising bourgeoisie. Carlyle thundered against the erosion of spiritual values; Ruskin indicated the dwindling of aesthetic appreciation and Arnold predicted the menace of philistinism. They wrote for restoring the spiritual, moral and aesthetic values to a society which ignored them for material pursuits.

Poets have always been in the vanguard of social changes. Poets have written patriotic poetry; war poetry had inspired young men to noble self-sacrifices. Poets have sung the unity of people and have always raised their voices against all kinds of tyranny, narrowness and prejudices. Shelley and Byron were imbued with the spirit of revolution that was released by the ideals of equality, fraternity and liberty. Byron died in the Greek war of Independence. In a divided society, the writers have chosen distinct sides as in the Augustan age of Rome and in the age of Dryden and Pope in the 18th century. In a society threatened by social decay or cataclysm, writers respond in a variety of ways.

In the modern period, the social obligations of writers have assumed great importance because of the social, political and economic complexity of the age. There are poets and writers who have escaped from life because it is harsh, fretful and feverish. They have created their own private world made of personal symbols and images. The decadent poets of the nineties were pre-occupied with their sensual desires and passions and evolved their own erotic imagery. The transitional poets of the twentieth century like the Pre-Raphaelites of the later 19th century wrote for art’s sake only. They disowned any commitment to the society. T.S. Eliot and others adopted the symbolist technique and expressed the gloom and boredom of the age through clusters of images which are private, allusive and recondite, but they reflected they decay and desiccation of the capitalist civilization in varied symbols and images which broadened the sensibility of modern man. Their poetry attracted the readers because it reflected the modern sensibility and consciousness. These poets fulfill a social purpose indirectly by exposing to man the frustrations and debility of modern men who are marooned in the dreary, drab wasteland.