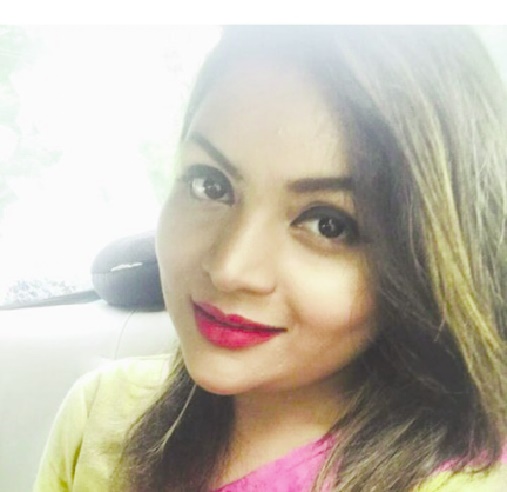 Tasmiah Nuhiya Ahmed, Executive Editor, The New York Times, Bangladesh National Section : Social media is an epitome of the postmodern world. For their users, social media platforms provide an environment to share and consume images of the “ideal” life. Such images can include images of the users’ food, coffee, a recent purchase, original artwork, or a self-portrait near an interesting object or place. Additionally, users often share content designed for mass distribution on the platform such as memes or news stories. This content gets sorted into a “common stream” for consumption and reproduction by the platform’s users. Frederic Jameson, an American literary critic and Marxist political theorist; was critical of the reproduction and consumption of images. For Jameson, social media would be a technology of reproduction that provides a new form of consumption, the consumption of consumption (Jameson 1991).
Whereas a television commercial aims to sell a product, social media (through the labor of its users) depicts the consumption of products by other users to sell a lifestyle. This concept is exemplified by the fascination with food pictures on social media. When a user chooses to share a picture of their food at a restaurant, the purpose is not to advertise for the restaurant but to advertise the consumption of the restaurant’s food by the user. Additionally, when a user shares a news article on social media, the purpose is not to promote the publisher of the Article but rather to advertise that they had read or agreed with the article. Furthermore, Jameson argues that that one common trait of postmodern theories is the effacement of the “frontier between high culture and so-called mass or commercial culture” (Jameson 1991, p2-3). In this sense, postmodern culture is dominated by “aesthetic populism,” a cultural hierarchy that defies the previous norms of aesthetic distinction in favor of mass
The social media environment is one that inspires a herd mentality. When a certain number of people start fixating on a particular news article or topic it will spread quickly through people sharing the content. This is exacerbated further by the algorithms that curate the content. On a platform where fake news is visually similar to real news, “informational cascades” ̶ where a news article goes viral in terms of its reach – accelerating the article into the mainstream of society.
One useful way to frame social media is through the framework of Guy Debord’s Society of the Spectacle (1983). In this work Debord presents the reader with the concept of the spectacle, a representation of culture that mediates social relation through images (Debord 1983, p1). This spectacle brings society together while paradoxically isolating individuals from each other.
Within the spectacle, images become detached from real life and fuse together in a “common stream” (Debord 1983, p1). In this way, it is the “concrete inversion of life” as the images presented by the spectacle are lifeless and frozen. The representation of reality that the spectacle reveals to society is not merely a series of images but rather a world-view presented through these images. It is presented to society as a positive indisputable force that must be passively accepted (Debord 1983, p3).
The spectacle exists for the sake of itself. It is perpetuated by the passivity of society and exists as a global phenomenon. The spectacle is the product of human labor, and it is through the individual production of the spectacle that people become separated from each other (Debord 1983, p 8-10). In many respects, social media can be conceived of as a spectacle. It too is a common stream of static images. The images that are endlessly scrolled through on social media can take many forms but all of them mediate social relationships. Like the spectacle, social media is overwhelmingly viewed as positive and passively accepted by its users. While there are ways to profit from social media, they exist for the sake of themselves and the enjoyment of their users. Users willingly individualize themselves to produce content that keeps the spectacle going.
Furthermore, the social media spectacle provides several world-views for its users to subscribe to. These world-views continue to perpetuate in near ideological isolation within social media.
According to Cass Robert Sunstein FBA, an American legal scholar, particularly in the fields of constitutional law, administrative law, environmental law, and law and behavioral economics; polarization is the natural outcome of being surrounded by likeminded people and agreeable ideas. With polarization comes separation. Once a group has isolated itself from the others, extreme ideas can begin to form in the direction that brought the group together in the beginning. Separated from opposing viewpoints, groups are further polarized, which makes it easier to discredit an idea from outside the group (Sunstein 2011). For Sunstein, social media allows groups to congregate and isolate themselves to the point of becoming extremists just like cults and terrorists (Sunstein 2017).
The common people of Bangladesh got the opportunity to use Internet for the first time in 1996. Internet was launched in June 1996. After internet was launched/ National poll results were made available to the neitizens of the web using World Wide Web. This was the first ever usage event of its kind in Bangladesh. The effort was appreciated in many corners specially among the Bangladeshis living abroad. (Hamidur 2009). Facebook was launched in 2004 after few years it came to Bangladesh. 2010, just six years after its beginning, the number of facebook users crossed 500 million. Bangladesh is experiencing a mixture of both good and bad effects of social media.
Even though it is undeniable that technology has turned the globe into a village in this century, it is also leaving footprints in creating phenomenon which are not desirable and should be regulated by efficient authorities.