Skinny Jeans are Harmful for Your Health 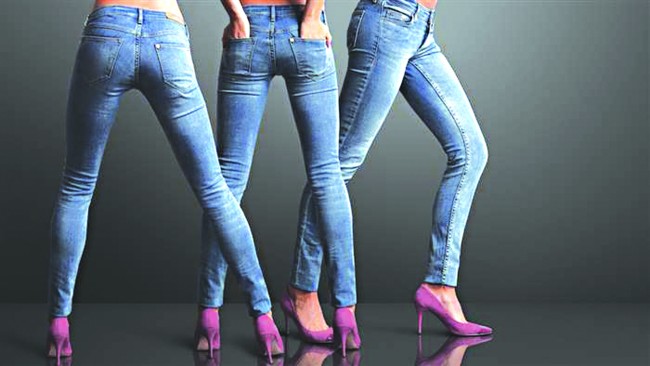 You know that perfect pair of skinny jeans that makes your legs look luscious and makes you feel like one of those Armani models? As much as this advice will hurt, you need to stop wearing them sweetheart! They are actually the devil in disguise.

A new study published last week limelights the negative health effects that can result from wearing tight clothing, specifically skinny jeans. The study also highlighted that squatting in these jeans can actually cause nerve and fiber damage in the legs and feet. Yes, you read it right! Now you know the meaning of the phrase ‘the thing you love hurts you the most’. You probably already know about he 35 year old woman who was recently treated at the Royal Adelaide Hospital in Australia, reportedly for severe weakness in both of her ankles. The story has been floating around the internet for quite some time now and I just want to make what is being said and what the risks actually are a little less blurry.

So here’s what happened with the woman mentioned earlier. The woman was helping a family member move house which involved hours of squatting. She was wearing skinny jeans and recalled that her jeans felt increasingly tighter as the day progressed. While walking home later that evening, she noticed bilateral foot drop and foot numbness, which caused her to trip and fall. After being examined, her lower legs were found to be edematous bilaterally, worse on the right side. Her jeans could only be removed by cutting them off. She spent four days in the hospital until the conditions of her feet and ankles improved enough for her to walk without help.

What can you do? I know that regardless of all these, you won’t let go of those leg hugging jeans. Your best, most likely option would be to opt for a pair of comfortably fitting, stretchy skinny jeans instead. Stretchy is the key word here. Also, try to limit the amount of time you ear these. Go for dresses and pants more often and keep the jeans days to a minimum.