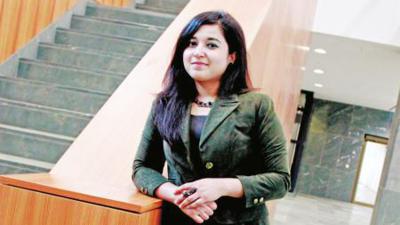 Shougat Nazbin Khan, a young education advocate from Bangladesh, has received the Commonwealth Youth Awards for excellence in development work.

She was one of four outstanding young people aged under 30 recognised in the 2016 Commonwealth Youth Awards and named as Commonwealth Young Person of the Year for Asia, Shougat Nazbin told UNB.

The award giving ceremony was held at the Commonwealth’s headquarters in London, Marlborough House, on Thursday.

Meanwhile, the Commonwealth Young Person of the Year has been named as Achaleke Christian Leke from Cameroon.

Two other regional awards recipients were also named as Commonwealth Young Persons of the Year for Caribbean and Americas and Pacific.

They are Shamoy Hajare from Jamaica (Caribbean and the Americas) and Bal Kama from Papua New Guinea (Pacific).

Over 300 nominations were received this year and 17 finalists were named in January.

Commonwealth Secretary-General Kamalesh Sharma said recognising young people’s contributions to nation building is immensely important, and has long been a distinctive feature of our Commonwealth approach, according to Commonwealth release.

The judging panel for the awards included representatives of High Commissions, Commonwealth organisations and young leaders.

In addition to a cash prize and a trophy, the four winners were given an all-expenses paid trip to London to meet Commonwealth leaders.

Katherine Ellis, Director of Youth at the Commonwealth Secretariat, said “The efforts of such young people are crucial to the Sustainable Development Goals, as their innovative and inspiring work results in action and change.”