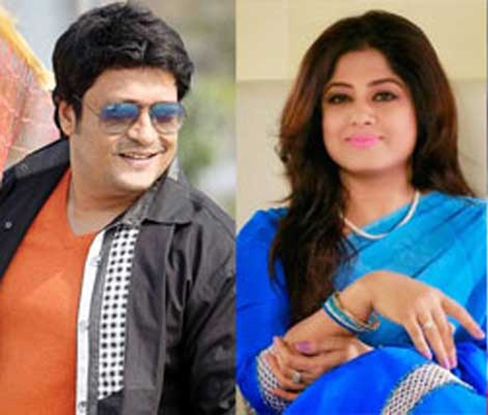 Starring National award winner filmstar Ferdous and Moushumi, shooting for the movie ‘Postmaster 71’, almost has been completed. Most of the shots have been taken in different locations of Iswardi, Pakshi; Savar, Pubail and Dhaka.
Based on a liberation war context the movie will portray the character of a young postmaster who dare to lend his helping hand to the freedom fighters for the independence of Bangladesh though he serves as an employee under the Pakistan government. The story is simultaneously romantic too.
Directed jointly by Rashed Shamim and Abir Khan, other casts of the film are Ovi, Nijhum Rubina, Al Mansur, Shahidul Alam Sacchu and some other new faces. Dialogues and screenplay for the movie is written by M. M. Rubel where the story is from Ferdous himself.
Director Rashed Shamim said, “Shooting of a song is due for the film, we are hopeful that works will be completed by this month”.
After the succession of ‘Ek Cup Cha’, the film ‘Postmaster 71’ is the second venture of Ferdous as a producer. The duo Ferdous-Moushumi has bagged the national film awards this year as best actor and best actress for the films ‘Ek Cup Cha’ and ‘Tarkata’ respectively.