Shakib looks to past glory as Bangladesh take on West Indies 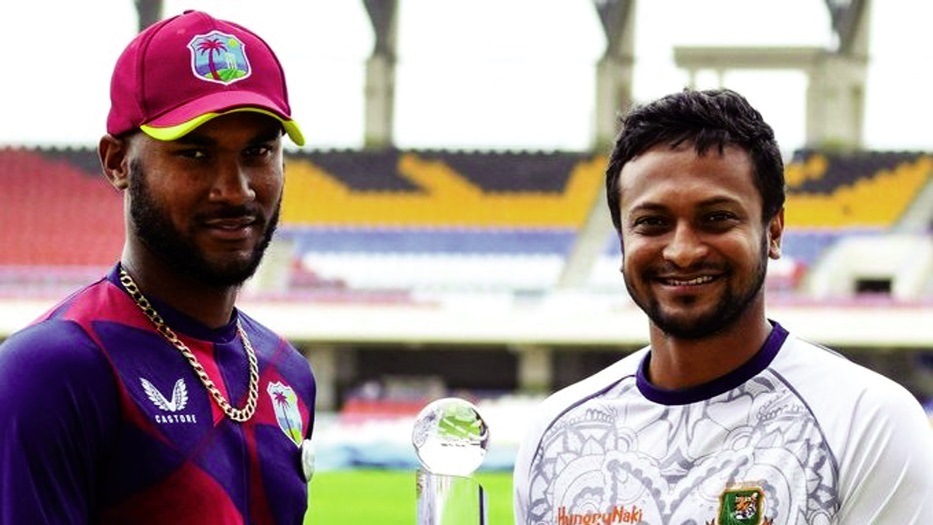 Agencies: All-rounder Shakib Al Hasan leads an unsettled Bangladesh side into the first Test against the West Indies on Thursday seeking to recapture the glory of his captaincy debut 13 years ago.
In 2009 Shakib replaced the injured Mashrafe Mortaza as skipper for the second Test in Grenada and played a critical role in taking his team to 2-0 series sweep against a depleted West Indies side.

Now it is the Bangladeshis who appear ill at ease and Shakib’s rehabilitation as Test captain was complete once Mominul Haque’s slump in batting form meant he could no longer continue in the role and veteran wicketkeeper-batsman Mushfiqur Rahim opted out of the Caribbean campaign. The West Indies have been inconsistent since coming away from Bangladesh at the start of 2021 with an unexpected 2-0 series triumph, but go into the series as favourites having beaten England earlier this year. They will be buoyed by memories of Bangladesh’s last visit to Antigua in 2018 when the visitors were routed for just 53 on the first morning on the way to innings defeats in both Tests of the series.

Shakib said his troops are ready for the challenge and also hoped for a bigger pool of players in near future in the pre-match press conference on Wednesday.