Shahzada Salim Reza getting response as a young journalist and writer 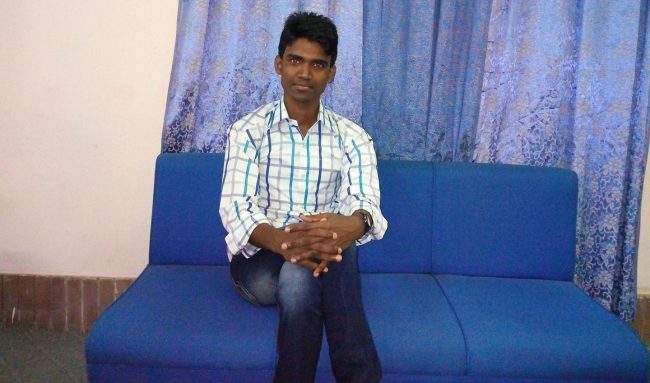 Youth / Art / Cultural and Literature Desk :
He is known to all as Shahzada Salim Reza. He started journalism as well as studying at University out of love and affection. However, this is better than before University period. During studying Intermediate (HSC), his interest of journalism became clear. At present, he is working in the online news department of RTV, the country’s leading private television channel.

Gradually, Shahzada Salim Reza is advancing as a young journalist. He has a penchant for literature. He started writing poetry in English from the time, when he was student of Master’s Degree in English Literature. When his Master’s Degree is over, he starts to write short stories. Which has been published in the print and online sections of the country’s top national dailies for various times. He has also published in English poetry in the online section of the national English daily. The young journalist is still writing stories and poems as well as work.

Shahzada Salim Reza said, ‘I want to build my career on journalism. I will also continue to write short stories and poems. Even if, I have to change my profession for any reason, I still want to continue my journalism and writing spare time.’

Shahzada Salim Reza has gained popularity among friends and readers by writing a small number of short stories and English poems. His stories and poems express deep love and affection. However, he also tries to provide an educational message. Each of every writing paints a picture of religion, cast, social reform and social change.

Shahzada Salim Reza said, ‘I like Bengali culture, literature and music very much. For this reason, I try to write in Bengali myself. There are some unfounded miss reforms in the society which need to be remove. I cordially believe that changing society is possible if we can convey our beautiful thoughts and ideas to everyone through writing.’

Shahzada Salim Reza began his career on journalism in 2017. During studying in Honor’s, he started as a Sub-editor on August, 2017 at the popular online news portal ‘bd24report.com’. He left the job on November 29, 2017 after working for the institute for three and a half month. Later on, he has worked as a Sub-editor in the online section of the countries of national daily ‘Dainik Destiny’, the influential campus based online news portal ‘The Daily Campus’ and English national daily ‘The Bangladesh Today’.

Shahzada Salim Reza was born in 1996 in Hargoj village of Saturia Upazilla of Manikganj District of Dhaka division in Bangladesh to an aristocratic Muslim family. After completing SSC from Hargoj Shaheed Smrity High School in 2012 and HSC from Saturia Sayed Kalu Shah Degree College in 2014, he moved to capital Dhaka for higher education. Then he completed Bachelor of Arts (Honor’s) in English from Victoria University of Bangladesh in 2018 and Master of Arts in English Literature from Northern University Bangladesh in 2019.