Seven-Foot great dane is constantly mistaken for a horse 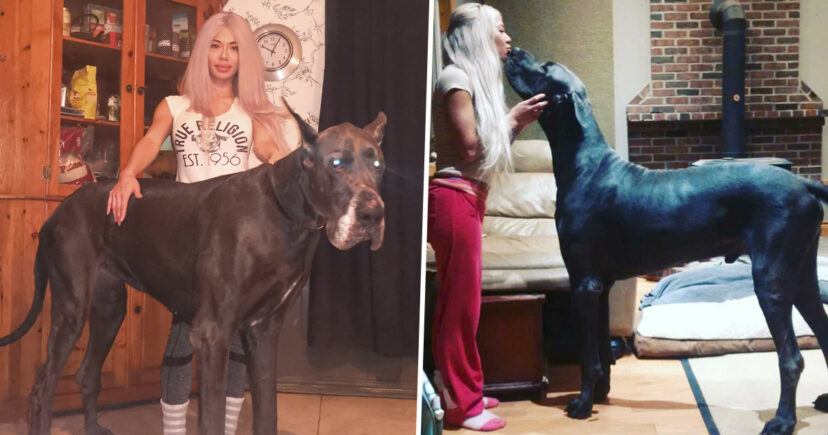 Unilad: [2] A woman from Canada might be the owner of the greatest Great Dane ever as her seven-foot pooch is constantly mistaken for a horse.
[3] Jenny Saccoccia, 35, and her husband Chris, 37, are the proud owners of Thunder, whose name just about sums up how powerful he is. [4] The huge dog weighs more than 210 pounds (95kg) and stands at 7ft tall when he’s on his hind legs – almost two feet taller than his 5ft 1 owner, Jenny. [5] The family share a four-bedroom house in King City, Ontario, Canada, though I think it’s safe to say eight-year-old Thunder takes up more than his fair share of the space. [6] Thunder’s huge size hasn’t stopped him from getting up close and personal with his owners, though, and brilliant photos show the wannabe-lap dog towering over Jenny as he perches on her knees.

Hopefully he manages to hold some of his weight in the process, because a cute 210lb dog is still a 210lb dog.