Sense of anti-climax at Mirpur as rain gods intervene 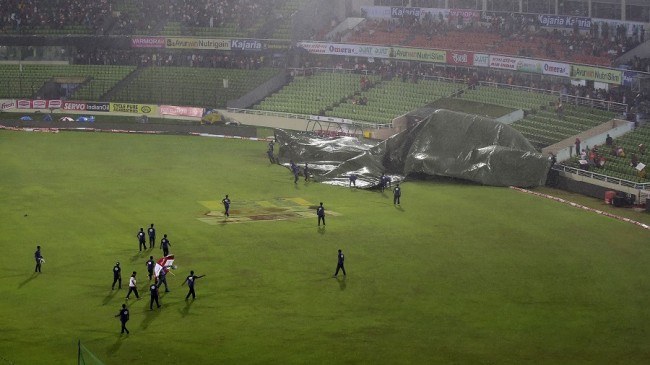 The start of the eagerly anticipated Asia Cup final between Bangladesh and India has been delayed due to a sudden, freak hailstorm that swept through the capital with barely an hour to go before the scheduled start of the match.

At the time of filing of this report, steady rainfall continued in parts of Dhaka including Mirpur. The hailstorm initially even blew out the power in many parts, including the floodlights at the Sher-e-Bangla National Cricket Stadium.

Under ICC rules, a T20I can be reduced to as little as 5 overs per side for a result to count. The latest a five-over game can begin is 10.40 pm. If there is no play by then, the umpires will call to abandon the game, and India and Bangladesh will be declared joint winners.

Talk about an anti-climax!