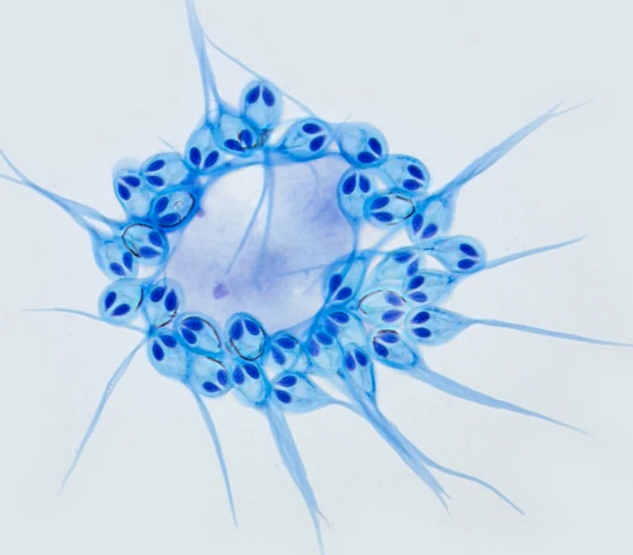 Science Alert: [2] Some truths about the Universe and our experience in it seem immutable. The sky is up. Gravity sucks. Nothing can travel faster than light. Multicellular life needs oxygen to live. Except we might need to rethink that last one.
[3] Earlier this year, scientists discovered that a jellyfish-like parasite doesn’t have a mitochondrial genome – the first multicellular organism known to have this absence. That means it doesn’t breathe; in fact, it lives its life completely free of oxygen dependency.

This discovery isn’t just changing our understanding of how life can work here on Earth – it could also have implications for the search for extraterrestrial life.

Life started to develop the ability to metabolise oxygen – that is, respirate – sometime over 1.45 billion years ago. A larger archaeon engulfed a smaller bacterium, and somehow the bacterium’s new home was beneficial to both parties, and the two stayed together.

That symbiotic relationship resulted in the two organisms evolving together, and eventually those bacteria ensconced within became organelles called mitochondria. Every cell in your body except red blood cells has large numbers of mitochondria, and these are essential for the respiration process.

They break down oxygen to produce a molecule called adenosine triphosphate, which multicellular organisms use to power cellular processes.

We know there are adaptations that allow some organisms to thrive in low-oxygen, or hypoxic, conditions. Some single-celled organisms have evolved mitochondria-related organelles for anaerobic metabolism; but the possibility of exclusively anaerobic multicellular organisms has been the subject of some scientific debate.

That is, until a team of researchers led by Dayana Yahalomi of Tel Aviv University in Israel decided to take another look at a common salmon parasite called Henneguya salminicola.