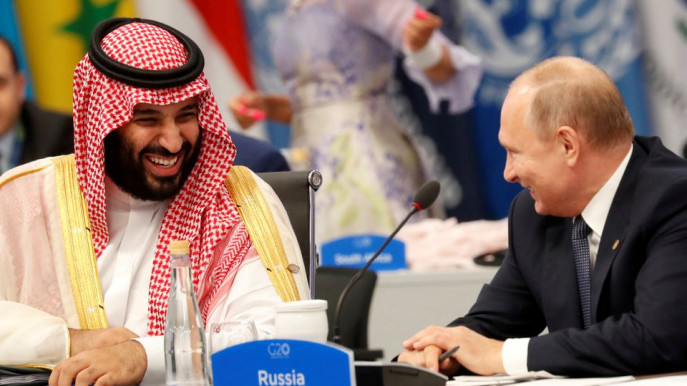 Reuters: Saudi Arabia has won a diplomatic victory by securing freedom for foreign fighters captured in Ukraine, signalling the value of the crown prince’s alliance with Russia to Western partners seeking to isolate Moscow over the war there, analysts say.
Crown Prince Mohammed bin Salman may also find that the initiative — intentionally or otherwise — helps take him a step nearer international rehabilitation after the 2018 murder of Jamal Khashoggi damaged his reputation, they say.
With Prince Mohammed’s mediation, Russia on Wednesday released 10 foreigners it had captured in Ukraine, including five Britons and two Americans.
The move, apparently made possible by Prince Mohammed’s carefully nurtured ties with Russian President Vladimir Putin, coincided with a prisoner exchange involving 215 Ukrainians and 55 Russians and pro-Moscow Ukrainians that Turkey helped broker.
Kristian Ulrichsen, a political scientist at Rice University’s Baker Institute in the United States, said the working relationship between Saudi Arabia and Russia appears to have been a crucial element in the choice of intermediary.
“By sanctioning this mediation and delivering results, Mohammed bin Salman is able to present himself as capable of playing the role of regional statesman in a way that counters the narrative of the crown prince as an impulsive and disruptive actor,” Ulrichsen said.