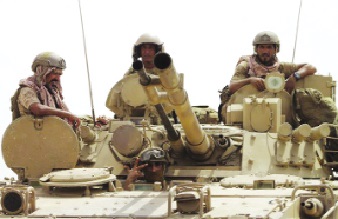 Arab News
The Saudi-led coalition battling Yemeni rebels alongside government forces on Friday strongly criticized a UN human rights mission as its mandate comes up for renewal. The coalition said any extension should be decided by the Yemeni government, which already announced on Thursday that it was ending cooperation with  the UN investigation into suspected war crimes during more than three years of conflict, AFP reported. The Yemeni government rejected an extension of the mission’s mandate based on a report by the panel which the government said contained a number of inaccuracies. “I believe we tried to show goodwill and gave the experts facilities, but the result was a disappointing report,” the Yemeni Human Rights Minister Mohammed Askar told Asharq Al-Awsat.