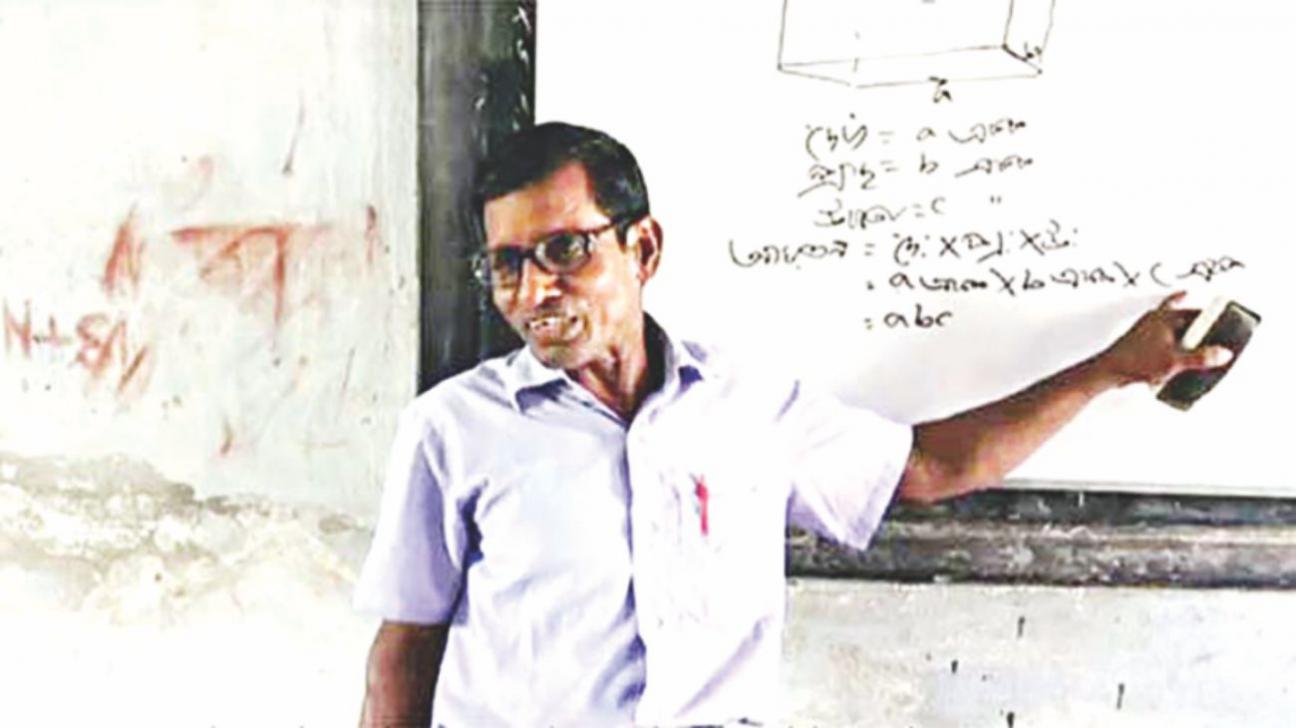 M Humayun Kabir: Satyajit Biswas, a science teacher of Dhopadi Secondary School in Jessore’s Monirampur upazila, has never arrived late and has never taken sick leave in the course of his 31-year career at the school.
Every school day morning like clockwork, Satyajit Biswas is to be seen on his bicycle, commuting the seven kilometres from his Kucholia village home in the upazila.
By habit he reaches the school gate not less than half an hour before school starts.
Talking to The Daily Star, he said, “I never set out to achieve anything grand.”
“I never thought much about it at all, really. It’s just that I know that I am the only science teacher at the school. If I take leave the students don’t have anybody else to take their maths and science classes.”
Defying sickness and the predictable interruption of family affairs, natural calamity, the father-of-two arrived at school on schedule.
There were times when he had to wade through mud and chest-deep water to get there.
“I have a heart-and-soul relation with my students. I feel uneasy if I don’t get to see them,” he said.