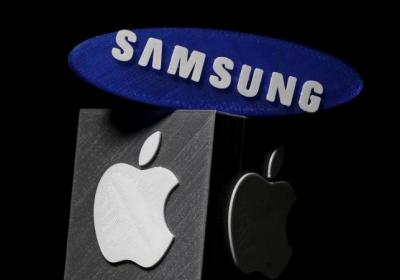 A US appeals court on Friday handed Samsung a win over Apple in a long-running patent fight, overriding a jury verdict ordering it to pay $119.6 million to the iPhone maker.

The court ruled that two Apple patents at issue were not valid, according to a copy of the decision posted online.

“We are delighted with the resounding victory from the US Court of Appeals for the Federal Circuit, which found that two of Apple’s patents should never have been issued,” Samsung said in a statement.

“Today’s decision is a win for consumer choice and puts competition back where it belongs — in the marketplace, not in the courtroom.”

Apple originally filed the suit against Samsung in early 2012, accusing the South Korean consumer electronics giant of infringing on an array of patents related to smartphones.

Samsung denied it had done anything wrong and filed a countersuit saying that Apple had infringed on some of its patents.

The number of patents involved was whittled down during the lengthy
litigation process.

Three Apple patents and two Samsung patents were at issue in the appeal ruled on Friday.

Apple had sought some $2.2 billion at trial, only to have a jury award the California-based company $119.6 million.

The panel of appeals court judges ruled that Samsung did not infringe on one of the Apple patents and that the remaining two, which involved auto-correct and slide-to-unlock features, were not valid, nullifying the jury award, according to a copy of the decision.

The appeals court endorsed the jury’s decision ordering Apple to pay
Samsung $158,500 for infringing one of the South Korean company’s patents.

Samsung in December paid smartphone rival Apple just over $548 million in a different years-long patent battle in federal court in California. That case has been appealed to the US Supreme Court.

Arch-rivals Samsung and Apple decided in 2014 to drop all patent disputes outside the United States, marking a partial ceasefire in a seemingly relentless legal war between the world’s two largest smartphone makers.

The companies have battled in close to a dozen countries, with each
accusing the other of infringing on various patents related to their flagship smartphone and tablet products.

But neither has managed to deliver a knock-out blow with a number of
rulings going different ways, and the announcement they agreed to drop all litigation outside the United States suggested a line was finally being drawn.