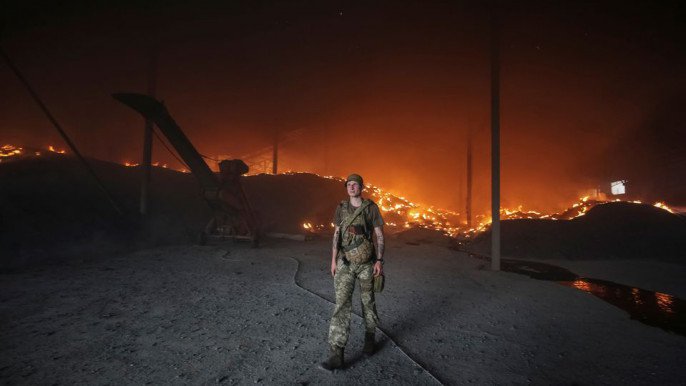 Reuters: A Russian strike on the Yavoriv military facility in western Ukraine wounded four people, Lviv governor Maxim Kozitsky said in a video post yesterday.
Kozitsky said six missiles were fired from the Black Sea, with four hitting the base and two being intercepted and destroyed before hitting the target. A strike on the military training facility near Yavoriv in March killed 35 people and wounded at least 130, according to Ukrainian officials.