——-Russian-Chinese nuclear cooperation a boon for the world—— 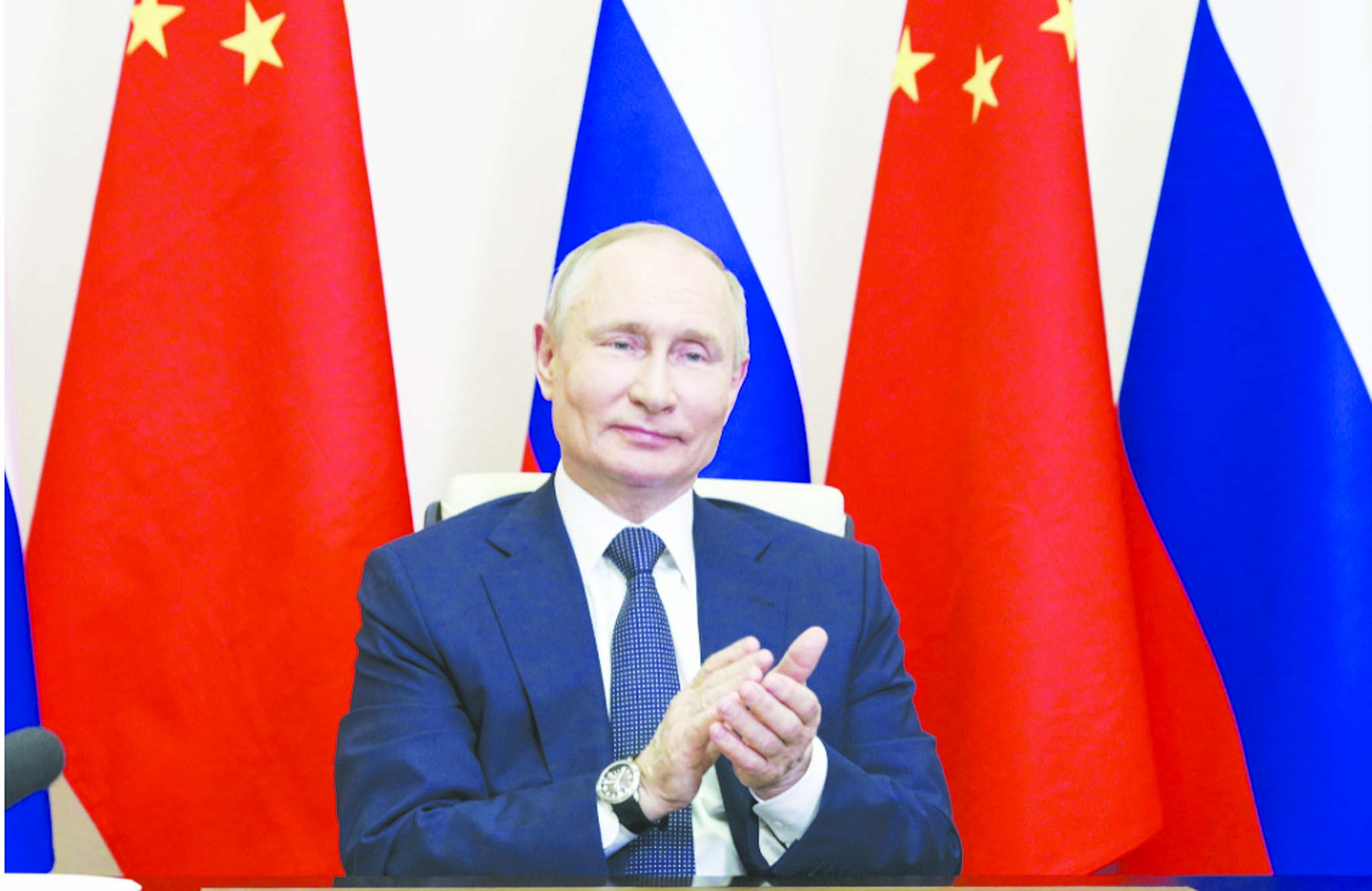 William Jones is a Washington policy analyst and a non-resident fellow of Chongyang Institute for Financial Studies, Renmin University of China. The article reflects the author’s opinions and not necessarily the views of CGTN. The recent decision by the Chinese and Russian governments to cooperate closely on the development of nuclear energy is significant. Firstly, the combination of the science organizations of the two countries will create a powerful force for development. China has come a long way in mastering the entire nuclear cycle over the last few decades and is at the forefront of development in the next major energy source, nuclear fusion power.
Russia also has a high level of accumulated knowledge acquired since Soviet times that is still of the highest quality, in spite of a temporary “brain drain.” People forget that in the 1970s, the Soviet Union was the leading country in the early development of nuclear fusion, so much so that when Soviet scientist Leonid Rudakov came to the U.S. and, at a lecture in 1977, wrote some equations on the Soviet fusion process, the blackboard was seized by U.S. authorities because the information he was presenting was classified in the U.S. Secondly, the development is important because nuclear energy is absolutely essential for the continued development of mankind. Many people who are concerned about climate change presume that the world can do without fossil fuels – and without nuclear energy. In such a world, most of the world today would have to reduce their consumption so drastically that there would be a rapid decrease in population. People would die at ever greater frequency. There is a simple reason for this and it was designated as a law of primary law of economics in the 1970s by economist Lyndon LaRouche. And it was called the law of increasing energy-flux-density. Now “energy-flux density” is a term from engineering, namely the rate of transfer of energy through a given surface. Increasing “energy-flux density” indicates that the amount of energy through that surface has increased. In economics, this would involve the “energy throughput” to support the population at any given level. As man has progressed, the human population has increased. The ability to support an increased population necessitates an increased “energy throughput,” also due to the fact that the living standards of people can – and should – increase as society advances from the hunting-and-gather phase to an agricultural society and then to an industrial society. If we look at the historical record of the development of man from the Pleistocene Age until modern times, we see the tremendous increase in what LaRouche called “relative population density,” namely a determined amount of the Earth’s surface could support a greater population. This was solely due to the creative quality of the human mind, a quality which has proven to be unique to man among all the living species. Man is able to create new ideas, which, when these are transformed into new technologies, are able to tap new sources of energy. Historically this has been characterized by sources of energy with greater “energy-flux-density.” Man discovered how to control fire, probably the first major discovery in man’s production of energy. He then burned wood to create heat, cook food and warm his habitat. Then he discovered coal, a more dense heat source than wood. Similarly, oil is denser than coal. And then at the beginning of the last century, man discovered the atom. Comparing any piece of coal with a piece of uranium and the potential energy in both gives a picture of the difference in their “energy-flux-density.” Today we are on the eve of a new breakthrough in resolving our energy dilemma by the various experiments in nuclear fusion. It is generally understood that with the development of nuclear fusion, man would possess a potentially unlimited source of energy – the source of energy in the Sun. How quickly that will become a commercial source of energy is still unknown, but come it will. At present, however, with the global shift over the next few years out of carbon-based resources, it is imperative that we proceed with the development of conventional nuclear energy. A large portion of the world’s population still live in poverty. This will require an increase in global energy throughput. In the present circumstances, solar and wind may help complement people’s energy needs, particularly in desert regions or windy provinces. But the real key is in nuclear. So the advances that can be made in the new Russo-Chinese cooperation on nuclear will be key in helping supply that energy to the world.