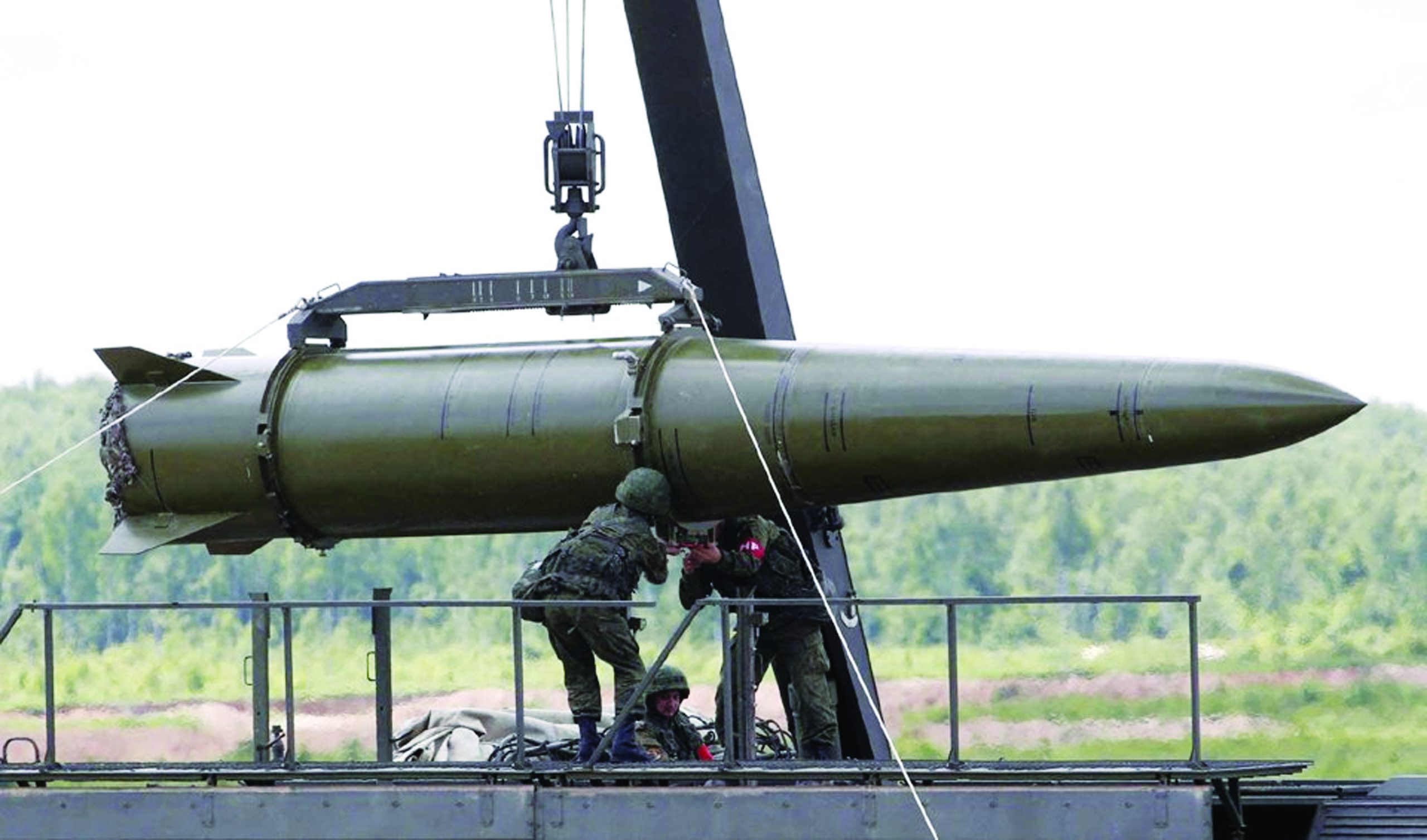 BBC, TASS: Russian President Vladimir Putin on Saturday told his counterpart from Belarus that Moscow would supply Minsk with missile systems capable of carrying nuclear weapons, the Russian foreign ministry said. At a meeting with Putin in St Petersburg, Belarus President Alexander Lukashenko expressed concern about the “aggressive”, “confrontational” and “repulsive” policies of its neighbours Lithuania and Poland. He asked Putin to help Belarus mount a “symmetrical response” to what he said were nuclear-armed flights by the U.S.-led NATO alliance near Belarus’ borders. Moscow will supply Iskander-M missile systems to Minsk in the coming months, Russian President Vladimir Putin said at the opening of talks with his Belarusian counterpart Alexander Lukashenko on Saturday. “As you and I have agreed upon, you were asking about this, we made a decision. In the coming months, we will supply Belarus with Iskander-M tactical missile systems which, as it is known, can use both ballistic and cruise missiles both in the standard and nuclear modifications,” Putin said.

The Russian leader also proposed to instruct Russian and Belarusian defense
ministers and chiefs of staff to work through all the details related to this
issue. “I agree absolutely,” said Lukashenko. “It’s a deal,” concluded Putin.