Rohingya crisis – a man made disaster & its remedial measures 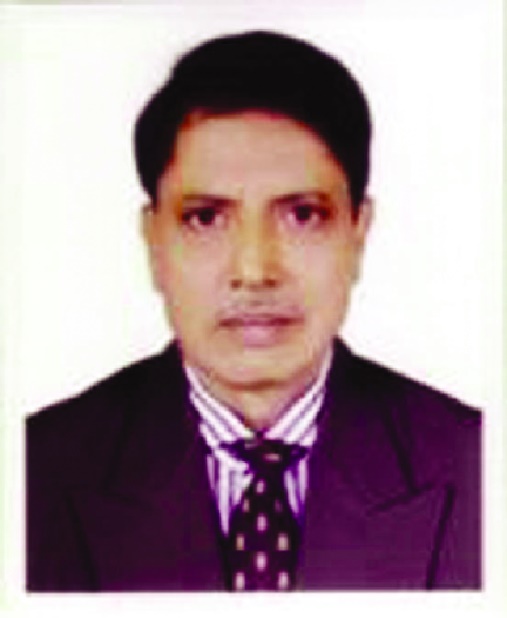 Dr. Forqan Uddin Ahmed writes for DOT :
There are different types of disasters. Some of them are man made & some are mostly natural. Natural disasters very often take place on whims of nature or it is also caused by environmental hazard. There are ways & means to combat all sort of disasters. Many a times, natural disasters create severe havoc & unmanageable situation. Despite these, it is possible to make the adverse environment very normal. On the contrary, man made any disaster comes under control by combined efforts of people & in few places which are very grave in nature are also solved by the cordial intention of the world community. But it may turn to a very alarming condition, if sincerity is found absent. As a consequent result of it, regional peace may be hampered. Sometimes an unstable & unruly situation may arise out of ethnic & religious clash. Even a third party by conspiracies make pressure on peace from outside & behind the screen.
Miyanmar is a country where 8 lacs of Rohingya muslims live. In the province of Rakhine this figure is rapidly reducing. Many are compelled to leave the country for the operation of the Miyanmar cruel administration & its military personnel. The government of Miyanmar never considers the Rohingya Muslim as the citizen of the state. To them, the Rohingyas are Bangladeshi immigrants. Again in Bangladesh, they are treated as immigrants coming from Miyanmar on historical grounds. Now a days, the Rohingyas are made captive in the land of Miyanmar. They cann’t live properly for they do not have their identity card. By torture from Miyanmars military & general administration thousands of Rohingyas are crossing Okhiya & Teknaf border & entering into Bangladesh. This is very much illegal & inhuman. It has become a matter of concern to Bangladesh for their shelter & related management. More over there is a deficit of food, water & medicine. In Bangladesh, there is also scarcities of balanced child food. This Rohingya issue is long created practice of international politics. If the Rohingya people are problem and creating anarchy in the country it would simply be treated as their internal problem. Bangladesh can in no way the be blamed for aid. Rather Bangladesh as a good neighbor of Miyanmar our foreign ministry is quite capable enough to become a party to international diplomatic policy for settlement of any crisis or dispute. But the present issue should be settled by internationally exchanging the diplomatic skill. Otherwise our politics may turn to new dimension of new conspiracy, conflict & confrontations. The silent position & strategy taken by novel prize winner Aung Sung Suchi against mass killing & rape is questioned less. But the Rohingya issue should be killed. It should no way survive & continue for a long time. Rather the world community should come forward for separate & independent living place for the Rohingyas. This year a terrible thing happened. It is undoubtedly against Humanity which surpasses the records of barbarism & civil code of conduct. Humanity has been punctured by Miyanmar. This operation & against the Rohingya muslim is beyond expression. This type of tyranny should not prevail anywhere in the civilized world. As the Rohingyas are muslim by religion, so the world muslim community must take a stand against this atrocity & torture. We all know that, Bangladesh is at zero tolerance against terrorism. So Bangladesh will not allow any separatist to use her land to conduct any malign activities against its neighboring country. For remedial measures of this crises all neighboring country would come forward with sincerity. In this regard if any negative attitude is shown it will very fatal & time consuming. On the other hand if world community takes it as a very casual & do not pay any attention, this Rohingya issue will be more alarming. If the trial of this genocide is given less attention, crisis will not reduce. Rather it will expand & spread far & wide. We have our limitations. How long we will endure such pressure & nonsense. It Mayarmar is negligible & become uncared of this issue the UN may deploy peace keeping force for peace management & above all the safety & security of the Rohingya people. If it is needed our proud & prestigious army may be included with them. Without this, there is no alternative way to overcome this crisis.