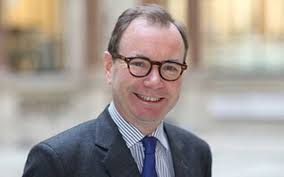 Hossen Sohel of DOT
Robert Chatterton Dickson has been appointed British High Commissioner to Bangladesh, reports bdnews24.com.
He will take up his appointment by this month in succession to Alison Blake who left Dhaka last week ending her tour of duty.
Dickson was the Additional Director, Western Balkans Programme of the Foreign and Commonwealth Office prior to his new assignment, according to the British foreign office.
He joined the service in 1990. This will be his first assignment as the head of mission.
Previously he had served in the South Asia region as deputy head of the Kabul mission and later became the embassy’s charge d’affaires.
He has also served in Manila, Washington and Iraq.