Report: Over 70 killed in week as Iran intensifies crackdown on protests 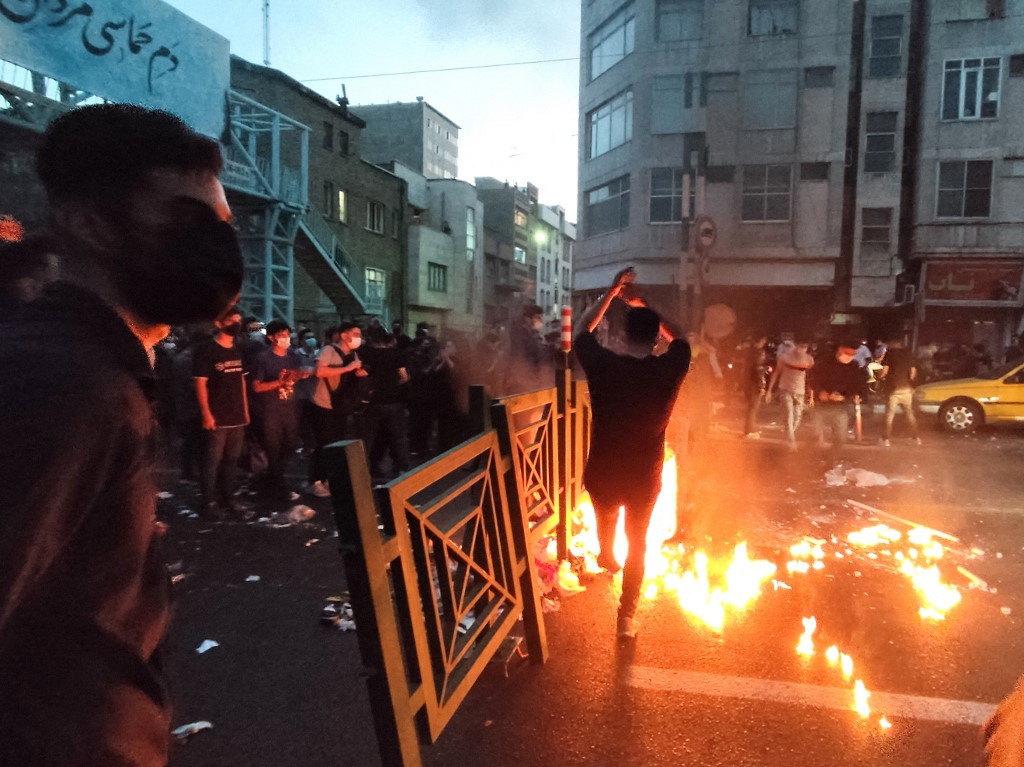 AFP: Iranian security forces have killed 72 people, including 56 in Kurdish-populated areas, in the past week alone in their crackdown on the protests sparked by Mahsa Amini’s death, a rights group said yesterday. The protests, sparked in mid-September by the death of Amini, 22, in morality police custody, have cut across ethnicities, social classes and provincial boundaries and turned into the biggest challenge to Iran’s clerical leadership since the 1979 Islamic revolution.
Authorities have responded with an intensifying crackdown that has sparked an international outcry.Iran has also launched repeated cross-border missile and drone strikes, most recently on yesterday, against exiled Kurdish opposition groups it accuses of stoking the protests from their bases in neighbouring Iraq.
Norway-based group Iran Human Rights (IHR) said that 416 people had been killed by security forces nationwide in Iran itself, including 51 children and 21 women.
Several towns in Kurdish-populated western Iran, including Mahabad, Javanroud and Piranshahr, have seen large protests.