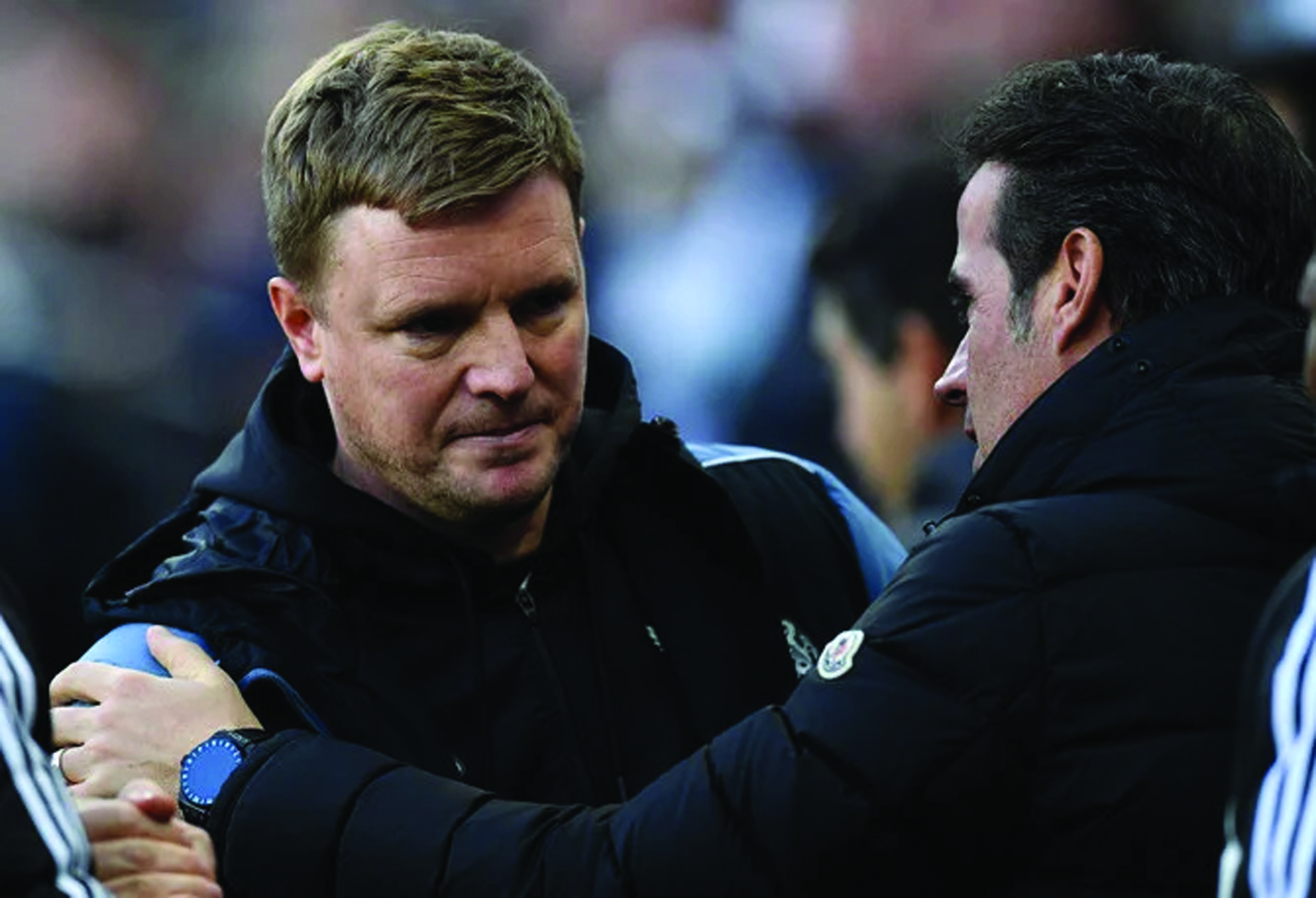 Arab News: Eddie Howe has sent the Newcastle United owners a January transfer window warning following the departure of Chris Wood. The head coach insists the well-used striker must be replaced before Jan. 31 if the Magpies are to maintain their charge in the Carabao Cup and Premier League.
On Friday, Wood left St. James’ Park just 12 months after signing. The New Zealander was a winter-window buy last year, seen very much as a forward to help the Magpies pull away from the bottom end of the top flight.
And having more than served his purpose, as well as dropping to third choice behind Alexander Isak and Callum Wilson, the veteran frontman has signed a six-month loan with Nottingham Forest, which has an obligatory buy clause inserted for the end of the campaign.
It is understood that United will recoup about $18 million of the $31 million they shelled out in 2022, as well as a substantial loan fee and his wages covered in full.
Howe said: “He’s been a huge player for us. He has been outstanding in every way. “When we signed him, we were in a very difficult league position and he played a huge part on the pitch to help transform the team. This season, he’s been excellent both on and off the pitch in terms of his leadership and positivity, even when he’s not played. We can’t underestimate the role he’s played. It was a difficult decision because you have to take into account the player and his wishes. But also, I think it’s a very good deal financially for the football club.”
On dipping into the market for replacements, Howe had this message for the club’s owners: “We’re hopefully planning to replace him. Certainly from my side, there was no thought of letting a player go and not replace him because I think that would leave us dangerously short of players but there are no guarantees.
“I don’t think we’ll necessarily replace Chris with another Chris if that makes sense. His type of player, I don’t necessarily think is in the market. His unique skills that he has, I think we needed that this time last year. He was a focal point for us, he enabled us to play in a way that I thought took the pressure off the players at that time, he brought other players into play and made them look better. We’re not necessarily looking at that type of player in the market. We’ll see what we can do with 11 days to go. It’s not long, but it’s got to be the right player. That’s always so important in any transfer deal we have to do. “We do have a pool of players that we like. Let’s see how we go.”
Meanwhile, in shock injury news, the Magpies are set to see Brazilian midfielder Bruno Guimaraes return to action this weekend, despite fears that his ankle injury could keep him out for weeks. The 25-year-old left the field in tears midway through the 1-0 Premier League win over Fulham last weekend.