Relationship with nature and biodiversity 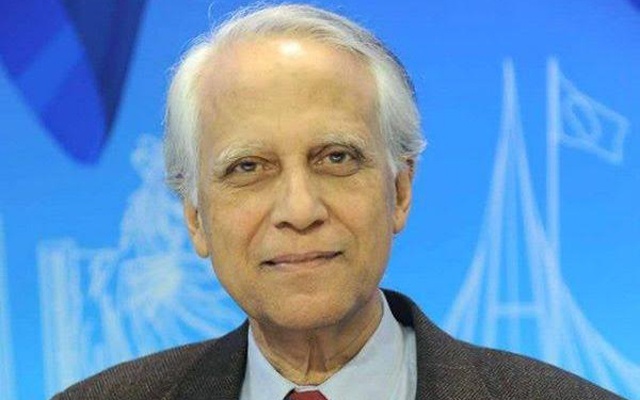 Ambassador Muhammad Zamir
Biodiversity is a scientific word denoting all the amazing variety of life that can be found on Earth, their interactions with each other and with their environments. Pollination is one of the key services that nature provides in this regard to humans. It encompasses everything from genes, through individual species such as orangutans, through communities of creatures and then the whole ecological complexes of which they are part.

It may be noted in this regard that a UN Convention on Biological Diversity was signed in 1992 and it clarified that this term denoted the variability among living organisms from all sources including, inter alia, terrestrial, marine and other aquatic ecosystems and the ecological complexes of which they are part. This connoted the inclusion of diversity within species, between species and of ecosystems. It was also made

clear that biodiversity helps provide and maintain our fresh water, fertile soils, our medicines and a stable climate. It was also stressed that all species are interconnected and often depend on each other. So while fungi help maintain the soils of the forest, these healthy soils help plants to grow, insects then carry pollen from one plant to another, animals can eat the plants, and the forest as a whole provides a home for animals. However losing one species within this chain would be detrimental as it could weaken the connections that benefit all of us.

This constructive effort based on scientific evidence, indigenous and local knowledge has carefully monitored and helped us to understand that the negatives within the framework could become a threat to humans- a social and ecological emergency- if the devastation of nature continues.
The IPCC report also woke up the world to the scale of the threat of climate change. This also underlined that the challenges created through climate change and variability was a problem for the whole world because of its osmotic nature.

Three years later Matt McGrath at the end of this March has returned with some other interesting observations. It has been pointed out that there is a distinct effort throughout the world to foster renewable energy and wind and solar installations have grown at a clear pace in 2021.
The demand for energy has apparently soared as the world’s economies have rebounded from the Covid-19 pandemic in 2021. A research carried out by Ember, a climate and energy think tank has revealed that wind and solar will generate almost 38% of the world’s electricity in 2021- which is about 10 percent of global electricity for the first time. It has also been claimed that nearly fifty countries are currently obtaining more than a tenth of their power from these sources.

The share coming from wind and sun has doubled since 2015, when the Paris climate agreement was signed. The fastest switching to wind and solar took place in the Netherlands, Australia, and Vietnam. All three have moved a tenth of their electricity demand from fossil fuels to green sources in the last two years. “The Netherlands is a great example of a more northern latitude country proving that it’s not just where the Sun shines, it’s also about having the right policy environment that makes the big difference in whether solar takes off,” said Hannah Broadbent from Ember. Such alternative growth has also taken place in Denmark and it now gets more than 50% of its electricity need from wind and solar. Vietnam has also seen spectacular growth, particularly in solar- which has risen by over 300% in just one year.
However, there has also been a resurgence of the use of coal in 2021. A large majority of the increased demand for electricity in 2021 was met by fossil fuels with coal fired electricity rising by 9%, the fastest rate since 1985. Much of the rise in coal use was in Asian countries including China and India – but the increase in coal was not matched by gas use which increased globally by only 1%, indicating that rising prices for gas have made coal a more viable source of electricity.

Other researchers have however observed that despite the coal resurgence in 2021, major economies including the US, UK, Germany, and Canada are aiming to shift their grids to 100% electric within the next 15 years. This switch is being driven by concerns over keeping the rise in the world’s temperature under 1.5C this century. To do that, scientists say that wind and solar energy production need to grow at around 20% every year up to 2030.In Bangladesh, garment makers and those associated with the RMG industry are also trying to switch to renewable energy. The media has reported that rooftop solar panels have reduced a significant portion of the energy cost of industrial users and also enhanced their green credentials. The Daily Star, in a report on 31 March published a photo of a factory of Fakhruddin Textile Mills Limited in Sreepur upazila of Gazipur to highlight this dynamic.

There is a growing interest among textile and garment entrepreneurs to install solar panels on their factory’s rooftop in order to meet a portion of their demand for electricity while also reducing carbon emissions. It has since been discovered that until now, 41 firms have installed solar panels on their factory rooftops with a combined power generation capacity of 50 megawatts (MW). Of the firms, 70 per cent are engaged in making garments.

It may also be noted that Swedish multinational clothing brand H&M is promoting the use of rooftop solar technology among its enlisted garment makers in Bangladesh. This is important because H&M sources apparel products from 46 Bangladeshi textiles and garment manufacturers. It is a good initiative.
The Infrastructure Development Company Ltd (IDCOL), a state-run non-bank financial institution has also been apparently, financing up to 80 per cent, or Tk 300 crore, of the installation cost for the panels in a bid to reduce the cost of power and develop green factories for a sustainable environment. The rest of the expenditure is being borne by the businesses themselves.———————————– (Muhammad Zamir, a former Ambassador, is an analyst specialized in foreign affairs, right to information and good governance, can be reached at <[email protected]>)