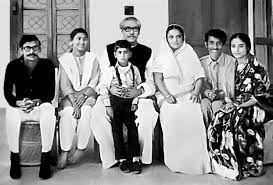 Let us dedicate this year&#39;s National Mourning Day to one of Bangabandhu&#39;s prime dreams for his beloved Bangladesh and its citizens: establishing rights and governance for all. Before one can help propagate the other, both must be contextualised as the by-products of the same system. For those who are induced that the ideological role of rights is vital to shaping domestic and international relations, examining the role of government must follow any analysis of democracy and good governance.

In the developing world, where political factionalism is high, this can reinforce a political dynamic that is not favourable to development goals and human rights agendas. Moreover, the capacity of governance to mobilise mass segments of a population and empower all the various civil society players should not predispose one from recognising that the weight does not always strike towards democracy as a model of governance.

While governance has significantly contributed to the enhanced transparency and accessibility of information from the ‘top’, mainly insofar as legal and administrative data is concerned, they have done even more to improve the administrative, organisational and management skills of the ‘bottom’, and thus to tip the scales of power slightly back toward equilibrium.

A wide range of governments utilises various tools throughout the world, including licensing, limits on access to news mediums, control over government advertising, and censorship to impede independent voices- citizens freedom of speech. The evolution of new, internet-based media did help facilitate public access to a wide range of information. Still, some governments continued to develop means to monitor e-mail and internet use and restrict access to controversial, political, news-oriented, and human rights websites.

Indeed, full democracy cannot be implicit without enjoying the freedom of expression and the discussion it engenders. The snooping in technology and media to control information can be a core obstacle to realising the desires of a democratic society and can be affected by private and state entities alike. This commitment has been pronounced in the international arena, confirming the publics right to be informed and free expression: It has been encapsulated as a fundamental human right in the Universal Declaration of Human Rights adopted in 1948.

The influence of technology in the human rights context is annealed by the same elements that define the extent to which a free press can manoeuvre in those countries where abuses are ubiquitous. The ability of the media to function unbound by the control fosters the creation of social networks while engaging citizens in public affairs. Arguably, the extent to which a functioning free press indicates the likelihood that human rights will be effectively impacted through technology.
(The author is an Advocate and Development Professional)