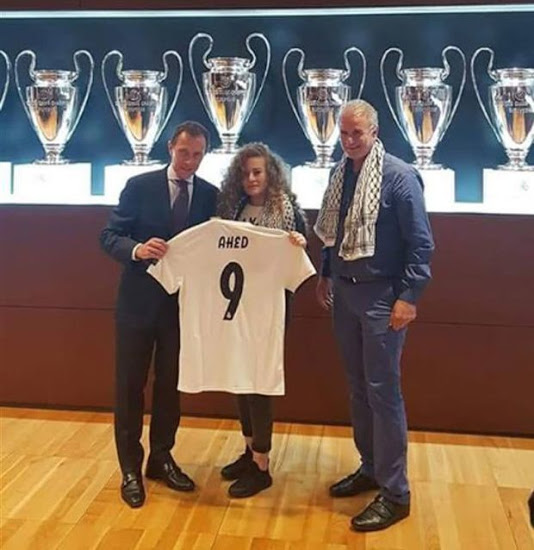 The Palestinian teenager and activist Ahed Tamimi who was jailed for 8 months for slapping an Israeli soldier has been honoured by Spanish football club, Real Madrid.The teenager was jailed after her offense which followed her refusal to leave her family home in the occupied West Bank ~ just hours after her cousin had been shot in the head by Israeli military.
Now 17, speaking at various events in Europe and Spain to raise awareness of Israel’s occupation, Tamimi was invited to Real Madrid’s stadium and she received a Real Madrid team shirt with the number 9 and her name on it.
This story lifts my heart.