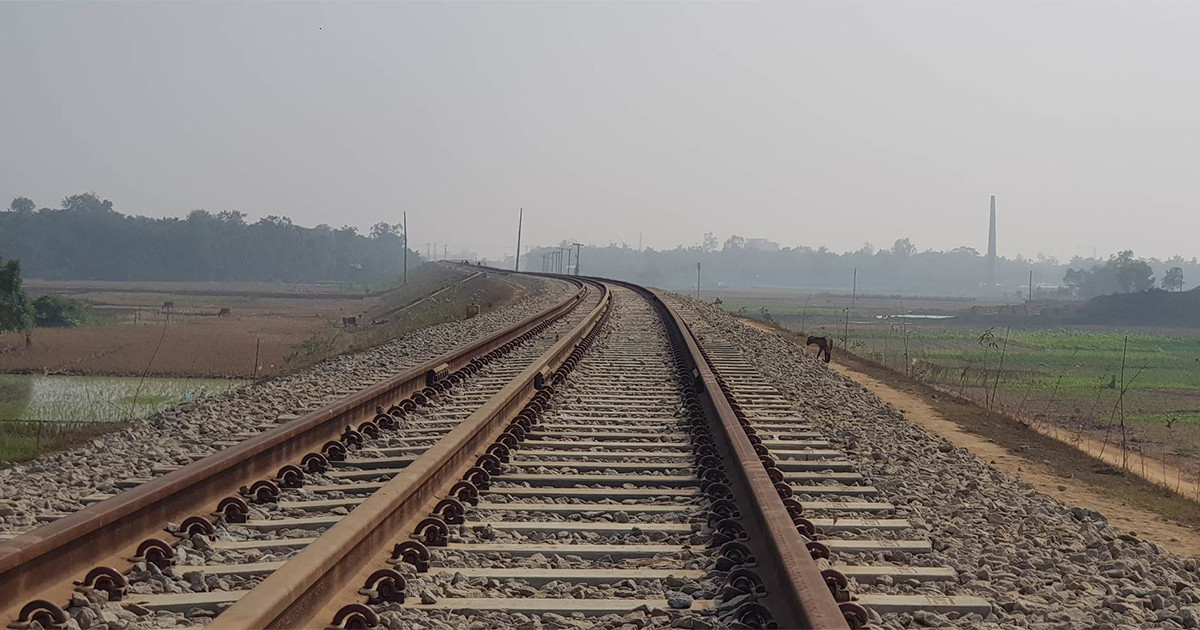 UNB: Mentioning that the work on Chittagong-Dohazari-Cox’s Bazar train route is going on in full swing, Railways Minister Md Nurul Islam Sujon says the rail line will open within this year.
Talking to UNB the minister says they are working to complete the project between June and July of this year.
“Hopefully, we can finish the work by this time. And if the work is not completed in June for any reason, it may take one or two more months. Even then we will be able to travel to Cox’s Bazar by train within this year,” he says.
The minister says that 80% of the construction work of Dohazari-Cox’s Bazar project has been completed, and the remaining 20% will be finished by this time.
When completed, the 100-km new railway line from Dohazari to Cox’s Bazar will ensure a ‘pleasant and comfortable’ journey, the minister says.
Besides, it will bring a revolutionary change in overall economy and boost tourism in Cox’s Bazar, he says. The railway minister says that the services will run with high-quality coaches for tourists in Cox’s Bazar. A new project has been taken to implement this, and 54 coaches will be purchased under this project, which is designed with wide windows.
“Travelers will get a chance to enjoy the natural scenario very easily,” he says. According to the project, there are eight stations along the 100-km railway including at Satkania, Lohagara, Chakaria, Dulahazara, Eidgaon, Ramu and Cox’s Bazar Sadar. To facilitate this, three big bridges have been constructed on Sangu, Matamuhuri and Bakkhali rivers. Besides, 43 small bridges, 201 culverts and 144 level crossings have been constructed on the railway. A flyover is being constructed in Keochia area of Satkania, and two highway crossings in Ramu and Cox’s Bazar areas. An overpass of 50 metres and three underpasses are being constructed for the movement of elephants and other wildlife. Mofizur Rahman, director of the project, said that more than 50-km of the railway line is now visible. Most of the construction of bridges and culverts has been completed. The remaining ones will be finished in the next few months.
As of last December, the progress of the project is 80%. The project deadline is June 2024.
“However, we are trying to complete the work by June-October 2023,” the official added. He also said that a spectacular iconic railway station is being constructed on 29 acres of land in the Hajipara area of Jhelongja Union, seven kilometers east-north of Cox’s Bazar Sadar. The station is being modeled after a beach oyster.