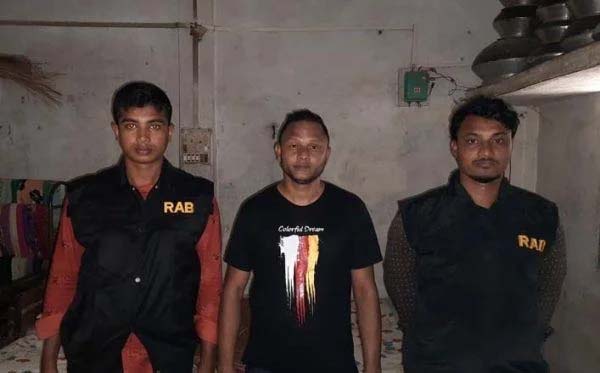 Confirming the arreste, ASP of RAB-9 Mohammad Abdullah said, “He will slaughter Shakib with a machete,” reports risingbd.com.

He also mentioned that he is ready to visit Dhaka on foot if necessary to kill Shakib.

However, he came back live at 6:04 on Monday (November 16) morning and apologised for the previous live. He also expressed regret for his manner, but urged Shakib to apologise to the nation.

Claiming that Mohsin is mentally disturbed, his elder brother Masum Talukdar, while talking to Dhaka Tribune, said: “Mohsin has been behaving erratically recently. He seems mentally unwell from the way he speaks.

“The family is ashamed of his actions. On behalf of our family, we apologize to Shakib, the pride of Bangladesh.”