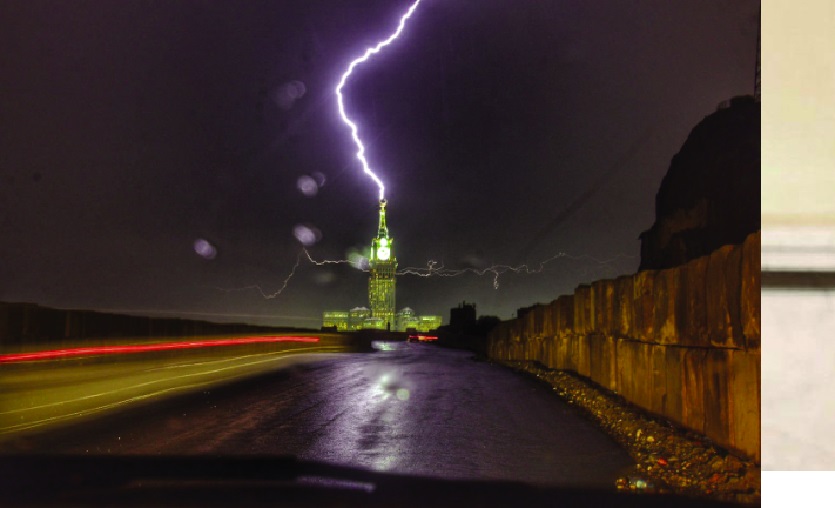 Al Jazeera
Thunderstorms have lit up the skies of Mecca for four consecutive days. The storms brought torrential rain and triggered power cuts in the holy city which receives just 110 millimetres of rain annually on average.
Residents posted photos and videos on social media, as they celebrated the wet weather. The  heaviest of the rain was in the northern parts of the city and the huge thunderstorm clouds also drifted north across to Jeddah, the modern commercial hub on the banks of the Red Sea.Although occasional thunderstorms are not out of the ordinary, the southwest of the Arabian Peninsula, over the mountains of western Yemen, rain is far less common.Mecca’s average rainfall for September is 5.2mm. Although no official reports have been released, it is highly the city has seen more than the average in the last few days.