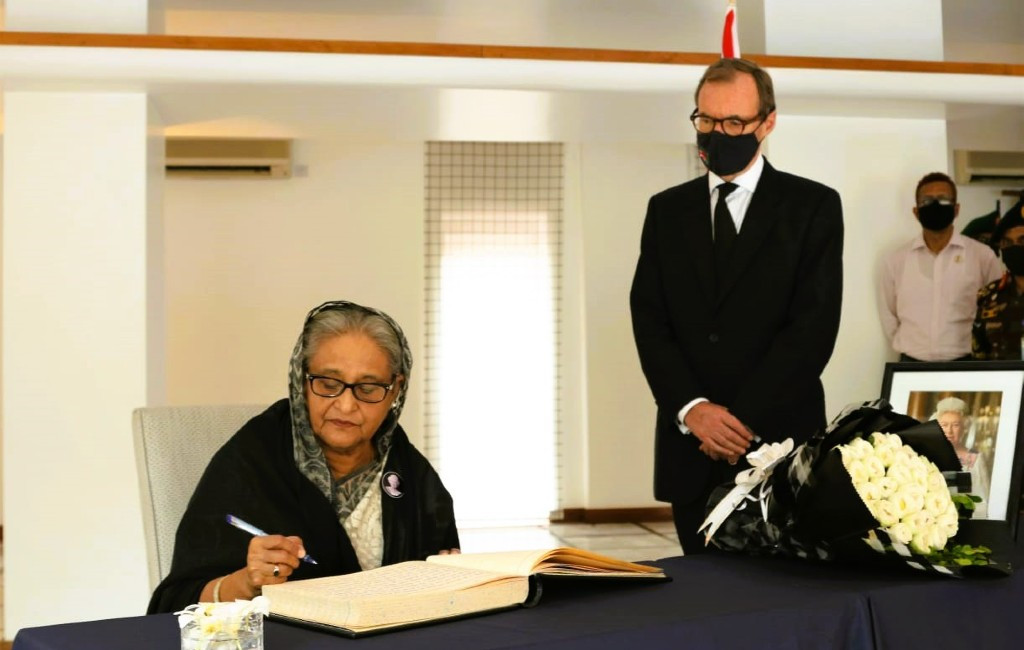 DOT Desk: Prime Minister Sheikh Hasina on Monday, signed a condolence message at the British High Commission at the death of Queen Elizabeth II.
She signed the message around 12:20pm, sharing her profound respect and condolences for the longest reigning British monarch, Reports Dhaka Tribune.
The Queen breathed her last aged 96, at her summer home—the Balmoral Castle—in the Scottish Highlands. She was placed under medical supervision after her condition deteriorated.
Her son Charles III who previously held the title of Prince of Wales ascended the throne following her demise. On Monday, PM Hasina extended felicitations to King Charles III on his accession to the throne as the King of the United Kingdom of Great Britain and Northern Ireland.
In a letter addressed to the king, she said: “I am confident that under your visionary reign, the people of the United Kingdom will continue to enjoy an ever-flourishing future, building on the legacy of your beloved mother, Her Late Majesty Queen Elizabeth The Second.”