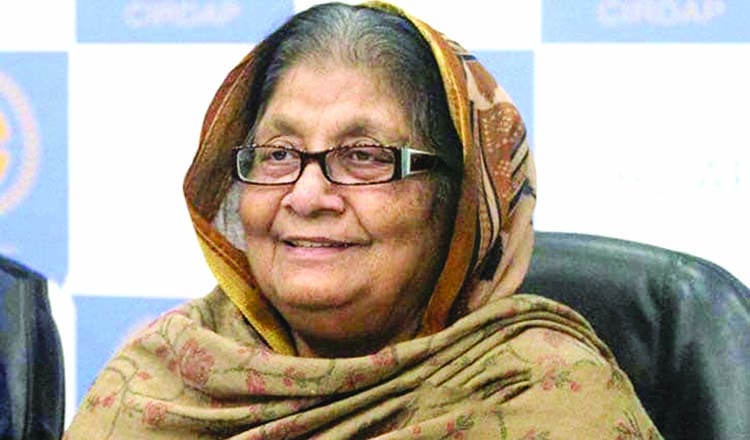 DOT Desk: Prime Minister Sheikh Hasina today (September 12, 2022) said the nation has suffered an irreparable loss following the death of Syeda Sajeda Chowdhury, Reports Dhaka Tribune.
“We have lost a seasoned politician while I’ve lost a true guardian,” she said in tributes to Sajeda Chowdhury.She expressed deep shock and sorrow at the death of the presidium member of Awami League, who also served as deputy leader of the House, a minister and general secretary of Awami League.
Foreign Minister AK Abdul Momen has expressed shock and deep grief at the death of Syeda Sajeda Chowdhury, presidium member of the Awami League and deputy leader of the House.
Sajeda, Faridpur-2 MP, breathed her last at 11:40pm at Combined Military Hospital (CMH) in Dhaka.
Momen also prayed for the eternal peace of the departed soul and extended his heartfelt sympathy to the deputy leader of the House and her family.