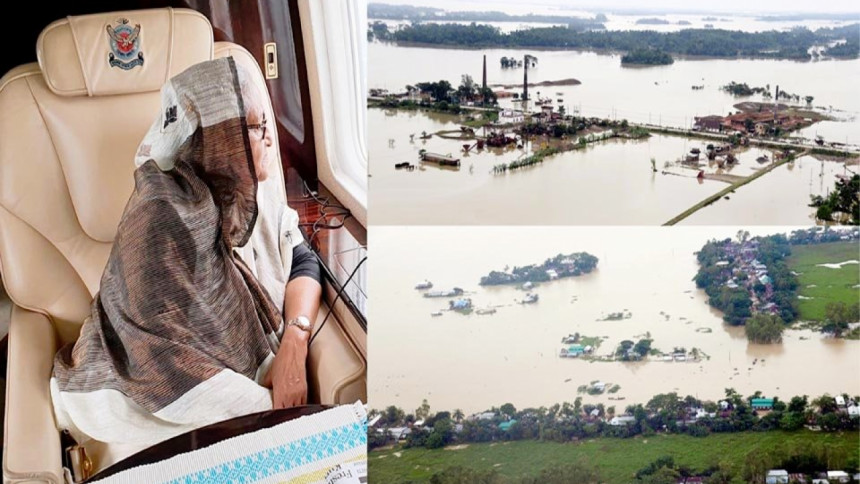 DOT Desk: The premier witnessed the flood situation from a helicopter maintaining a “low fly mode”.
Later, she landed at the Sylhet Osmani International Airport and then went to Sylhet Circuit house, where she is scheduled to hold a meeting with the divisional and district administration as well as local Awami League leaders, reports The Daily Star.
The authorities earlier called out army troops to cooperate with the civil administration in evacuating people and providing support to stranded people while navy and air force units were subsequently summoned particularly in northeastern Sylhet region as vast areas are inundated.The government has allocated Tk 22.5 million cash, 400 metric tons of rice and 41,000 packets of dry and other foods as immediate humanitarian aid to deputy commissioners of flood-hit districts between June 15 and 18, said a press release on Saturday.