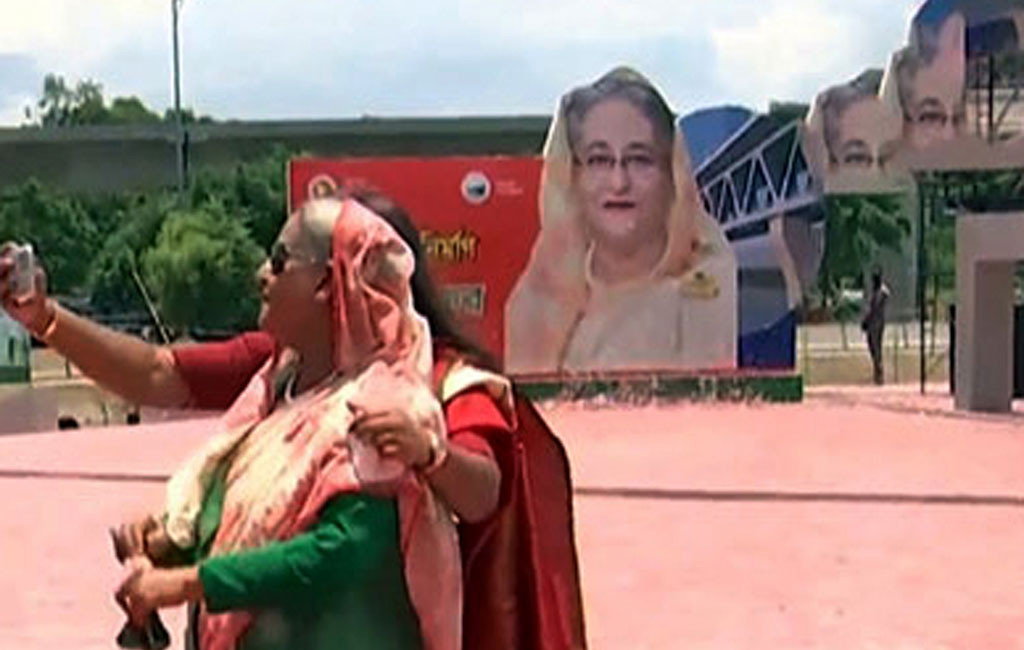 DOT Desk: Prime minister Sheikh Hasina was seen taking selfies with her daughter Saima Wazed Hossain Putul while celebrating the inauguration of the Padma Bridge yesterday.
The inauguration of the 6.15-kilometre bridge took place at its Mawa point in Munshiganj at noon yesterday, reports The Dhaka Tribune.
Earlier, the prime minister joined and addressed a mammoth public rally in Kathalbari where the organizers had set up a huge stage. The authorities, as part of the preparation to welcome her, had set up hundreds of archways and decorated roads leading up to Zajira from Kathalbari with colourful posters.