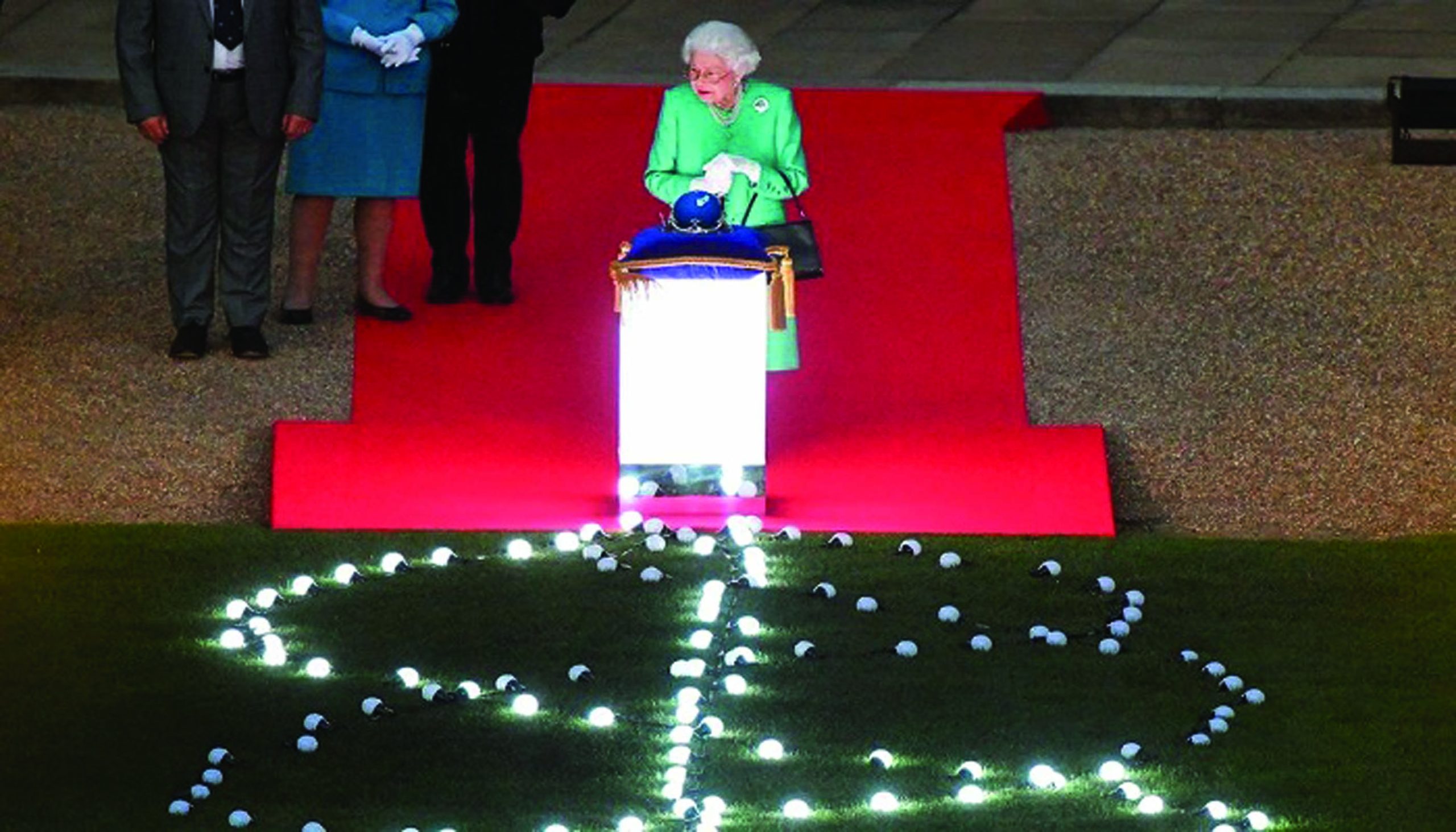 BBC: The Queen will not attend Friday’s Jubilee service at St Paul’s Cathedral after experiencing discomfort while watching Thursday’s parade at Buckingham Palace.
The decision was made with “great reluctance” after considering the “journey and activity required”, the palace said.
However, she did take part in a beacon lighting ceremony on Thursday evening.
Four days of celebrations marking the Queen’s 70-year reign began earlier.

The 96-year-old monarch appeared twice at Buckingham Palace balcony, flanked by other senior royals, as they watched a military parade and waved at thousands of well-wishers gathered on The Mall.
Hours after the ceremony, the palace confirmed she would not attend Friday’s thanksgiving service, but said she “would like to thank all those who made today such a memorable occasion”.
The next Jubilee event the Queen is due to attend is the derby at Epsom race course on Saturday, although it is yet not known whether she will still appear at the horse race.

The service at St Paul’s in central London will give thanks for the Queen’s seven decades as monarch.
Senior royals including the Prince of Wales, Duchess of Cornwall and the Duke and Duchess of Cambridge will all attend, with Prince Charles officially representing the Queen.
The Duke and Duchess of Sussex – who have flown over from California – will also join. It will be Prince Harry and Meghan’s first royal event together since leaving the UK two years ago.

However, Prince Andrew will be absent after testing positive for Covid.

The royals will be joined by more than 400 honours recipients, including NHS and key workers, public servants and representatives from charities and the Armed Forces.

Prime Minister Boris Johnson will give a reading from the New Testament,while the sermon will be given by the Archbishop of York Stephen Cottrell, after Archbishop of CanterburyJustin Welby tested positive for Covid-19.

The largest church bell in the UK, the 16-tonne Great Paul, will ring continuously for four hours after the service. The event begins at 11:30 BST on Friday, with coverage starting on BBC One from 09:15.