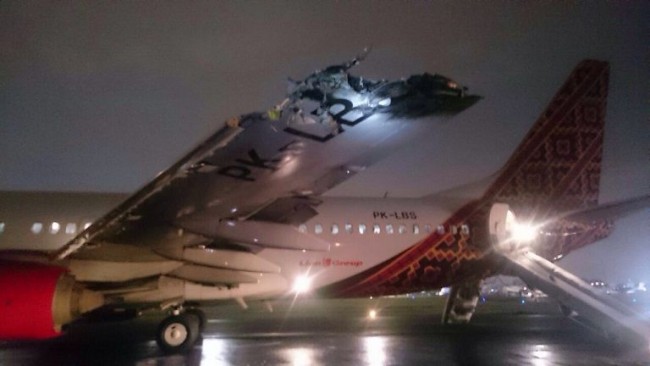 Two passenger aircraft collided on the runway of an airport in the Indonesian capital, forcing its temporary closure. No injuries were reported.
The accident on Monday evening occurred at a military airport that also handles civilian flights to ease congestion at Jakarta’s main commercial airport.
Batik Air said in a statement that its plane carrying 49 passengers and seven crew was “touched” while taxiing for takeoff by a TransNusa aircraft that was being towed.