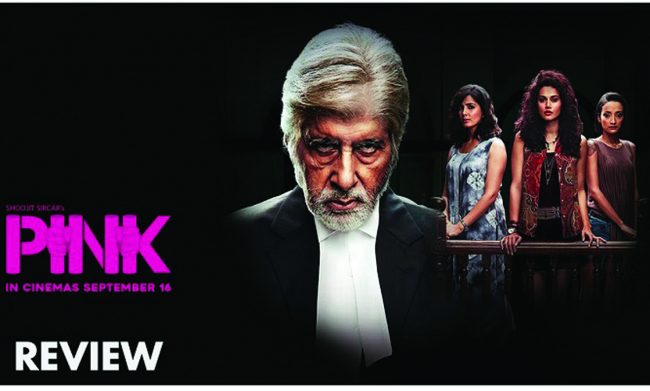 Bollywood movies are spreading their wings much far away than before marking their territories in unprecedented domes. With the encroachment of technology and reversal ideologies the topics, movies are converging  complex and reflecting modernity. Most recently many Bollywood movies have brought out some female centric movies that propagated the oxymoron our society is facing regarding the freedom that it has extended to our women.Movies like Queen, Piku, Kahani, No one killed Jessica, English Vinglish and most recently Pink have blown a robust spat into our thinking route. With the advent of western cultures, this side of the world has already been influenced by modernity. Our education system, dressing sense, lifestyle have already been impacted by western cultures or multi-culturalism. Because of these diversities, we are facing antagonistic ideological conflict. Our life-style, mindset and ethics are developed by our surroundings and religious beliefs. The amalgamation of different cultures and beliefs has processed an unforeseen consequence for us. It has become so intricate that sometimes it led to extremism and brought mayhem for our society.
It is always difficult to find people with same thinking process. Millions of minds create millions of sentiments which can be confusing. But there are ways in which we can show respect to others. May be our thinking process, expressions and denotations are different. We can always be easy-going about it. It’s our knowledge and education that forms the base for tolerance. In most cases, it’s very difficult to find an accurate alignment system for the youth. Additionally, we have to keep in mind that not all the people have same opportunities that we have retrieved. The 20th century has seen the upsurge of feminism in all the distant part of the world. More women are partaking in work hand in hand with the male colleagues. The number of women participating in education is also increasing. So this increment in women participation, the age-old traditions of imposing women to stay at home and ponder them only for house-hold chores are annihilating. Women are becoming crucial actors at both home and office. The changing situations are not happening simultaneously at all the sections of the society. So, some of the layers of our society are not being able to knob the fluctuations prudently. Women are still being beleaguered, tortured, and molested and also being destitute of their rights in many families. Some of the sections of our society are still believe in age-old traditions and not enthusiastic to let women enjoy freedom. Increasing number of women are facing problems coming out of domination of Patriarchy.
Even if women are getting the quasi-freedom, they are being questioned in every other step of their life. heir dressing sense, working hour, education, social relations and so on are under the radar of the society. If they have more than one male friend, their characters are being questioned. The movie Pink has a strong point to say about this kind of generalization. The script of the movie is a smack on face of those people who are stereotypical about the status of women in our society, especially in this part of the world.
The screen writer and the director of the movie have wonderfully and excellently brought out the stereotypical thinking of our society about women. Amitabh Bachchan, with his intense acting gave the movie a pensive parameter.
The three main actresses Taapsee Pannu, Kirti Kulhari and Andrea have depicted their roles and helplessness with an effective realization for the audiences. The movie is mainly a court-room drama about giving the idea of freedom a uprightness. The state prosecutor, Piyush Mishra as always played his role admirably. The plot of the movie was calculated and focused exactly on the questioned that needed to be answered. In the court scenes of the movie the findings are judiciously put as if it was intended for our prevailing conservativeness. The movie is a must watch for all of us for a better understanding from women of all age’s perspective.