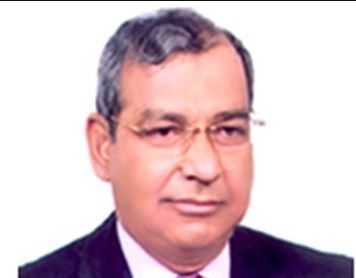 Hossen Sohel for DOT
[2] A writ petition was filed with the High Court yesterday challenging legality of the process for reappointing Taqsem A Khan to the post of managing director of Dhaka Water Supply and Sewerage Authority (Wasa), reported New Age, The Daily Star, The Business Post. [3] Engineer Khandker Monjur Morshed, former additional chief engineer of Bangladesh Water Development Board, submitted the petition, also praying to the HC to stay the proposal for extending the tenure of Taqsem as Wasa MD for three more years. [4] Monjur’s lawyer Md Tanvir Ahmed said that Wasa’s board meeting is supposed to be convened by its chairman.

or vice chairman to select its MD as per the Water Supply and Sewerage Authority Act 1996.

[7] He said his client in the petition has also prayed to the HC to issue a rule asking the board secretary of Dhaka Wasa to explain under what authority he convened the board meeting of Dhaka Wasa on September 17.

The HC may hear the petition next week, Tanvir added.

Dhaka Wasa board on September 19 approved a proposal for extending the tenure of their MD Taqsem by three more years. The Wasa board made the decision in its 97th special meeting held online.

Taqsem has reportedly been the MD for the last 11 years. He was appointed for five consecutive terms of varying lengths. His current term expires on October 14