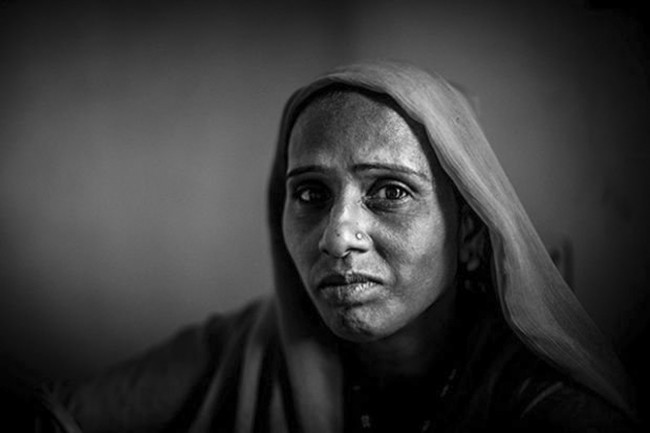 Women’s Day is over and done with; the ones who celebrated go home to yet another chore, forgetting pledges and songs. Is women’s day truly rooted to one occasion or is it an ongoing fight? It certainly is for the women of Perna. The Indian subcontinent has a long history of domination over women, sex slavery and discrimination based on gender. Prostitution is not a new term anywhere in the world, neither is forced prostitution but when your husband literally tells you to do, it can come as a shock. A few years ago, an outcry rose against the women of Bedia who are forced into prostitution. Women from outside the caste are married off to Bedia men; their offspring in turn are forced into prostitution in order to supplement the income. Perna however is a completely different case, where the man marries a woman, deflowers her and then after anything ranging from a few months to a couple of years she’s forced into prostitution, in the name of tradition.
The residents of Dharampura, are very reserved and suspicious of outsiders. Getting one to talk can be almost impossible; the possibility of a woman leaving a tribe is also unheard of, as she will be dubbed a social outcast wherever she goes. She might not get a job to support herself and as a result will have to fall back on the sex trade to survive. In order to support these women and help bring about a change the organization Apne App was set up in 1997 by Rukshira Gupta with operations beginning in the Perna community in April 2011. The spunky Rukshira, says that “women in India are in danger from the time they are conceived till the time they die”. Apne App focuses on the children of the current victims by building capacity and leadership roles. Various educational programs, income generation programs as well as extracurricular activities guide the young girls to take a stand and seek other ways of income generation. For the most part, the mothers of these children are resigned to their fate but they are determined that their children will not face the same destiny, even though they have little or no say in the matter, most cooperate with Apne App so as to break the cycle of exploitation.
Abhilasha Kumari, the Director of Apne App, says that it pains her when the story of rape hits the news, but it pains her further to see these women raped each and every day.
The women in concern have become so used to these ways that they must be reminded what they are doing is wrong to themselves and a violation of their rights, most don’t even go to the police for help, as the scumbags don’t help the women rather they extort the money and demand free sex.
The stories reported are excruciating, meet Rani, a Perna woman, who leaves with all the women at night, to go to crowded areas of the city. There they separate to carry out their work, servicing as many as 6 men per night. They return early in the morning to carry out their wifely chores. When all is done, they take rest until it is time to get back to work. Another woman, Horboi, says that she was a tailor’s apprentice when her parents passed away. She was hurriedly married off to a stranger by her relative and was shocked to learn the stale truth awaiting her.
Faint hope still resides in the bosoms of these women, not for themselves for their children.