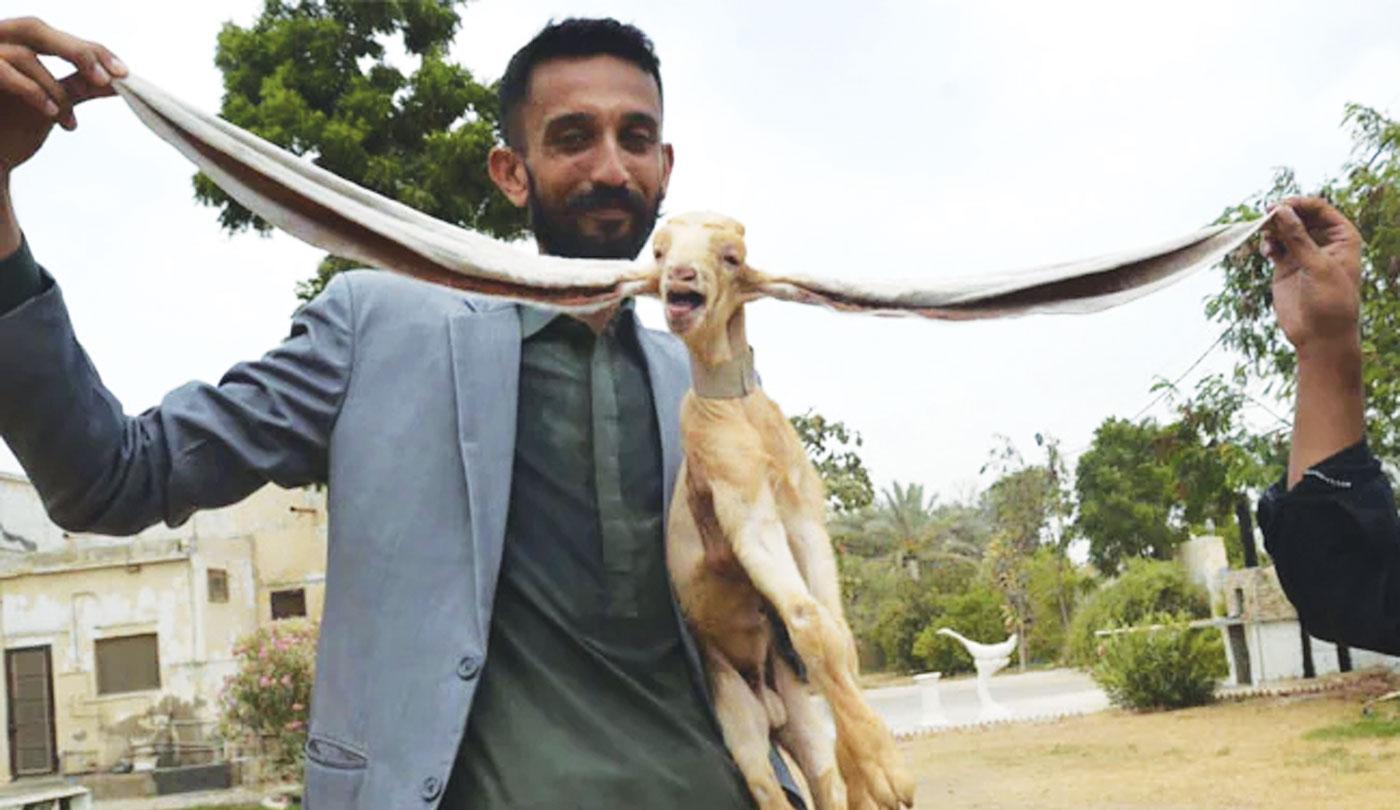 NDTV: A newborn baby goat in Karachi, Pakistan, could be named a world record holder for its unusually long ears measuring almost 19 inches (46cm). According to the Express, the goat named Simba was born in Sindh on June 5. The goat astounded its owner Muhammad Hassan Narejo when it was born with its unusually long ears. She has already become a local celebrity in Pakistan. The goat’s ears are so long that they drag on the floor as she walks. They dangle down on either side of her face and wiggle in the wind.
As per Telegraph, the baby goat’s long ears are probably the result of gene mutation or a genetic disorder. However, she appears to be getting along just fine. Ms Narejo hopes that Simba will soon be a Guinness world record holder.
Simba is a Nubian, a goat breed that is known for its long ears that serve an important purpose: helping to keep the body cool in hot weather.
However, even by Nubian standards, Simba’s ears are lengthy. But luckily for her, that’s handy, as over in Karachi, where the baby goat lives, the temperatures vary due to the varying terrain, but in summer top temperatures can hit 47 degrees celsius.

Meanwhile, as per the Express, in Pakistan, the most common type of goat to be found is a Kamori which is found in the Sindh province. The nation has been revealed as being the third-largest goat-producing country in the world, with around 54 million goats.