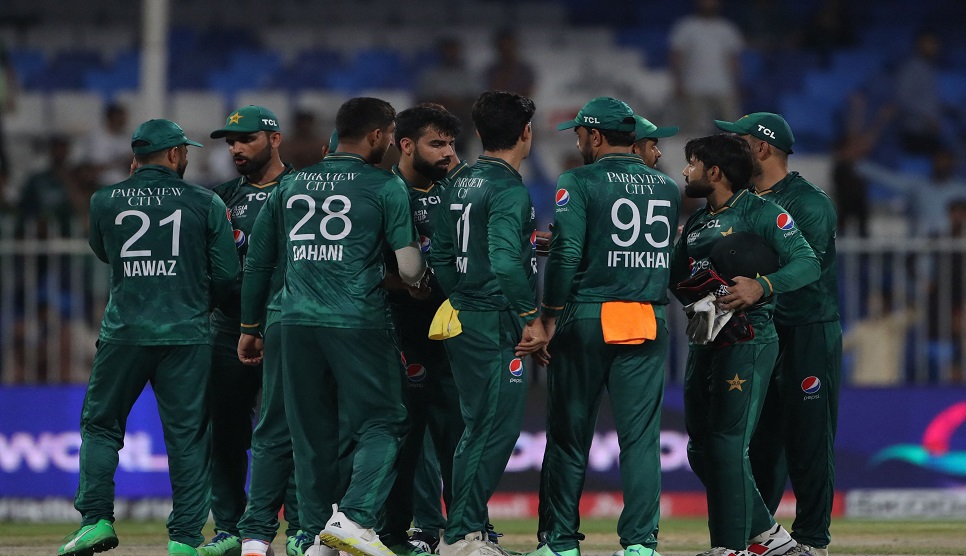 AFP: Mohammad Rizwan propelled Pakistan into the Asia Cup Super Four Stage after their bowlers skittled out minnows Hong Kong for a record low of 38 on Friday.
Pakistan scored 193-2 in a must-win Twenty20 international with Rizwan (78 not out) and Fakhar Zaman (53) putting on 116 after being invited to bat first on a slow and low Sharjah pitch.
Pakistan spinners Shadab Khan and Mohammad Nawaz then shared seven wickets to bundle out Hong Kong in 10.4 overs and win by 155 runs.
It was Hong Kong’s lowest T20 international total after their 69 against Nepal in 2014 and also their lowest against Pakistan, who had bowled out West Indies for 60 in 2018.

Pakistan join Afghanistan, India and Sri Lanka in round two of the six-nation tournament that acts as a tune-up to the T20 World Cup in October-November in Australia.

Pace bowler Naseem Shah struck twice in the third over of the Hong Kong innings including the wicket of skipper Nizakat Khan for eight.

Hong Kong, who made the main draw by winning all their three matches in the qualifiers, could not recover.

Shadab returned figures of 4-8 from his leg spin and Nawaz took three wickets with his left-arm orthodox.