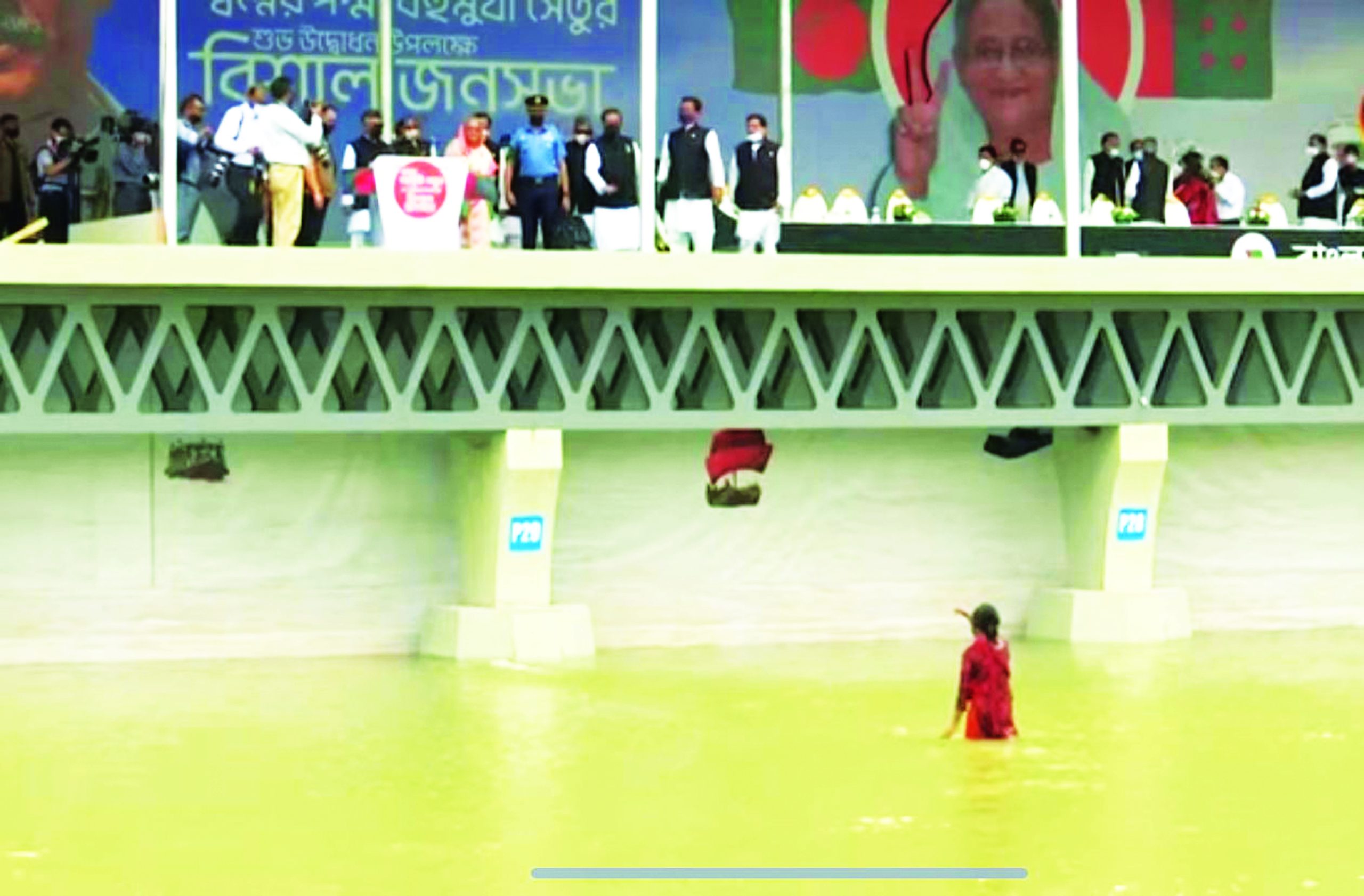 DOT Desk: A video went viral on several social platforms of a girl talking to Prime Minister Sheikh Hasina while swimming in the Padma River, reports Dhaka Tribune.
The girl is seen talking to the prime minister with hand gestures, near the stage where the premier was giving her speech. The incident took place after the rally at Kathalbari of Madaripur. In the video, the girl was seen talking to the prime minister, however, if they had any conversation could not be heard.
Later, law enforcement rescued her from that area.