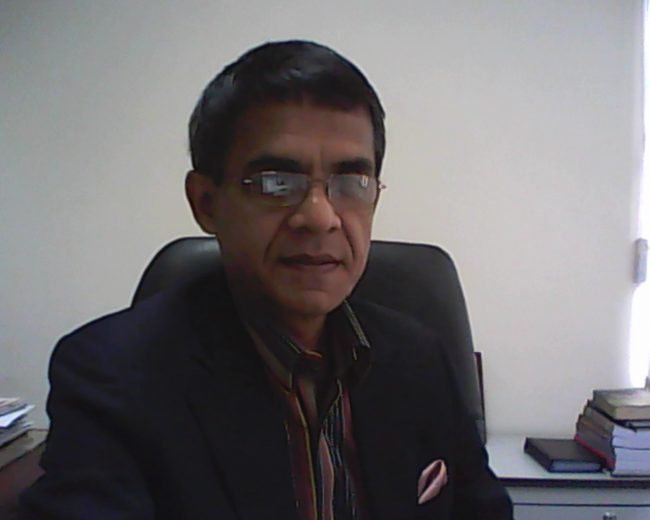 Mohammad Ali Sattar
Someone at some place in those days (late 40’s) gave birth to a thought, may be in the remotest corner of his heart, in solitude, of a free land for the Bengalis of East Pakistan. Who thought of this first, we don’t know. Later it found voice. A group thought aloud “Rashtro Bhasha bangla Chai”! We want Bangla as state language. A few could realize that this was to be the essence of freedom, the first watchword for an independent Bangladesh. The struggle to establish Bengali as state language in Pakistan started with its birth. There was a clear line drawn between the Jinnah and his cronies and the Bengali leaders of East Pakistan. No one before Mohammad Ali Jinnah attempted to enforce an imported language on us. Mughals never tried with their Persian (the court language of the Mughals) nor did the British dared to make English our state language. ‘Urdu, and Urdu alone shall be the state language of Pakistan’, this infamous pronouncement by Jinnah inflamed the  Bengali minds and urged them on to secure their demand by means of protest and if need be by taking bullets. Indeed bullets they took!
I try visualizing those moments as I read on the history of language movement. What a glorious chapter of our history! Perhaps Bengalis were the first to lay down lives for the mother’s language. Perhaps ours is the first liberation struggle that actually sparked off with a language movement. The brutal killings of Rafik, Jabbar,Salam and Barkat who stood for keeping the inviolability of the mother by our own police still defeats all logic and stands as the most tragic of all killings during peace times.
I think of Jinnah. I thought he would think and act in a more sensible manner. After all, he handled the British and Indian Congress with wit and intelligence and of course courage. How could he be so ignorant about his own people? I mean the Bengalis of East Pakistan. The feeling was loud; the truth was clear as the daylight. How could he pretend not to see the simmering dislike in our minds? His good sense appeared blacked out for the time. How could he think of shutting the vocal cord of the majority of the people a newly independent country? It’s like trying to disclaim a nation’s right to exist It was an unforgivable attempt to exterminate a race. I still wonder about those events, how could a man of Jinnah’s stature act so naïve?
After our first protest in 1948 against Jinnah’s pronouncement things never looked comfortable. There were clear signs of mistrust and lack of respect. If Jinnah failed us, later leaders did not help much either. That conditions were not conducive for one nation was clear. How can people with no commonality between them and a huge gap in location make a single country or a nation? With each passing day the writing on the wall became larger. Songs of separation was in the air!
Come February 21, 1952. Our own 8th of Falgun. Our Ekushey. There was a lull in the air. There was fear and hope. The bravest souls came out in the streets to protest. Their anger and outburst were no pretence. There was no politics as we have it today. There was no string pulling them. There was no godfather who paid them to be there. It was so clean, so serene, and so very pious. It was simple and untainted love for the mother tongue. They faced the forces with arms aimed at their hearts. But their hearts were filled with intense love and passion for the language and culture. They did not count the days of their lives nor did they dream of an affluent future for them. Rather they were to leave us the most precious gift- freedom to speak in Bengali.